2nd Anniversary of the Temple of Solomon

The History of the Temple…

While Moses was still in the desert, the Lord God commanded him to build a tabernacle. The Tabernacle represented God’s presence among the people, and it would be there where they would worship the Most High. The Tabernacle at that time was a mobile tent, which was carried by the Israelites during the period they wondered in the desert for 40 years on their way to the Promised Land.

Years later, King David became greatly distressed because he lived in a palace, yet the dwelling place of the Most High was just a tent. This was when he had the inspiration to build a place where God could be worshipped and receive offerings from His people. God not only approved of David’s plans but He was so pleased that He designed the project, detailing how He wanted it built.

God even said: “Now my ears the prayer of this place My eyes and attention will be open. For now have I chosen and sanctified this house, that my name is on it forever;and it will be fixed My eyes and my heart every day.  2 Chronicles 7: 15-16 “

Although David exerted great effort to prepare for the building of the Temple, it was his son, Solomon, who was given permission by God to carry out those plans. Since then, the people were in constant communion with the Most High and peace reigned over Israel but, after a while, the Israelites strayed from God’s ways so His protection was no longer with them. The Babylonians invaded Jerusalem and destroyed the temple in 586 (BC). 70 years later, the Temple was rebuilt by the Israelites and they renewed their covenant with the Almighty God. Again, some years later, they turned away from God but, this time, the Temple was destroyed by the Romans.

This is when a replica of the Temple of Solomon was built in Brazil, after Bishop Macedo was inspired during a trip on a pilgrimage to Israel, in which he expressed the wish that all people could step on the floor and touch the stones that witnessed the events described in the Bible.

The Temple was built using the same directions and design, which God had given to King David. It was built to awaken dormant faith, to lead people to a true spiritual revival, to spur visitors into an understanding of faith in its purest form, including reverence, respect, fear, mindfulness and holiness to the Lord.

From China to South Africa, people from all walks of life have travelled to visit the Temple of Solomon. Regardless of a person’s faith or beliefs, the Temple is open to everyone.

Just as the Temple was knocked down several times throughout history, we not only want to invite you to celebrate the second anniversary of this magnificent structure but we also want to celebrate your faith and your life as a temple of the Holy Spirit. It doesn’t matter what you go through in life, you can always get back up and keep going with the help of God.

For this reason you are invited for this special meeting on Sunday 31stJuly, where you will have the opportunity to renew your covenant with God. 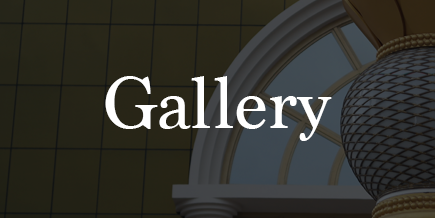 Event: 2nd Anniversary of the Temple of Solomon
Date: Sunday 31st July 2016
Time: 10am (also at 7.30am)
Venue: At your local UCKG HelpCentre