I suffered after losing those who were closest to me

back to the beginning, I was scared, 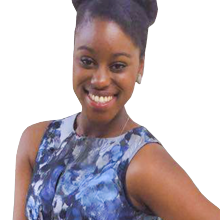 My problem started when I was young; after my mum passed away, my dad left the family. This hurt me deeply, I then assumed that everyone I met would leave me. As a result of this thinking, I would either push certain people away, or just stay away from them, to prevent myself from being hurt again.

I was scared that if I got too close to somebody else then, one way or another, they would disappear from my life.

When I attended the UCKG HelpCentre there were people who sincerely wanted to help me. But because I was not used to this, it became overwhelming, so I would close myself up and I would run away from the advisors whenever they tried to reach out to me. I thought that if I opened up to them, or got too close to them, they would become tired of me.

It took me a while, but as soon as I began talking about my past I could see that the people at the HelpCentre were trustworthy. They taught me the importance of forgiving, after forgiving I was then able to trust again, as a result of trusting others, I was able to build relationships instead of isolating myself from people.

This change did not happen overnight, I had to go back to the beginning and start all over again. But with the help of the UCKG HelpCentre, and also its Victory Youth Group (VYG), I no longer withdrew myself from people.

Today, I love talking and getting to know people, I am no longer afraid of losing the people who are close to me.