The Chain of Jericho

There was once a city by the name of Jericho – a City of Palm trees, as some knew it, was a wonder. It flourished with an abundance of food, water and was reputed to have the finest jewellery. It’s inhabitants thrived and felt safe in its surrounding walls but, to those outside, Jericho and its looming walls were a menacing presence – an impenetrable fortress, and anyone crazy enough to go against it was in for certain defeat.

Years have passed and Jericho still casts a shadow over many people’s lives. This Jericho manifests itself in the form of insurmountable debts, impossible health issues, long-standing addiction, reoccurring problems in relationships or ‘unsolvable’ problems.

Jericho in 2016 is not a frightening, unbeatable, impenetrable city made of bricks.  It’s that situation, which leaves you feeling as though you are pointlessly banging your head against a brick wall or, maybe, it’s become so bad that you avoid tackling the issue altogether.

But Jericho – your Jericho – is not as big and bad as it seems. Don’t get us wrong! We are not underplaying the seriousness of your situation; what we are saying is, eventually, Jericho DID collapse and, similarly, so will the problem you have, no matter how long-standing it may be.

Let us help you make this happen.

Join the Chain of Jericho: Knocking down the Walls every Friday at 7.30pm* at your local UCKG HelpCentre.

What do you have to lose? 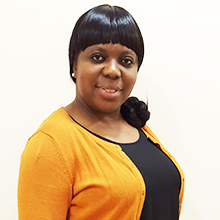 “My financial state used to be a nightmare. I found it difficult to make ends meet, only having just enough to survive and pay bills. Attending meetings like this made all the difference.

I was able to start my own business and secured a new long-term contract with a global design, engineering and project management consultancy, where I provide first class project support services to executive and senior management. My salary has almost doubled. I’m now living a new life.” – Kim Fuwa