Walking through life with a smile 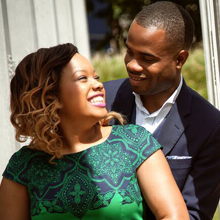 Coming from a broken family took its toll on me. A lot of anger built up inside of me and affected my character and attitudes, and then I got involved with the wrong crowd of people.

As a young teen I wanted to live my own life. I joined a gang and got into the street life, selling drugs, fighting and robbing people. This landed me in situations that I never thought I would ever be in—getting stabbed, ending up in court etc.

Because things got hard for my mum with four kids as a lone parent, my brother and I decided to live with my dad, but that’s when things went downhill. My dad gave me more freedom and got into a bad relationship that had a negative effect on us, so I started to resent him. We argued violently even to the point of threatening each other with knives.

But the last blow for me was when my brother became ill. I felt hopeless. My brother went from normal to unrecognisable. I was hurt by what was happening to him; it made me feel down and angry. I started blaming others and myself. My temper was so short that I would lose it at anything.

My change started when I got an invitation from a friend who attended the UCKG HelpCentre, but I rejected their first attempt. However, after really having a good think about my life, there was no denying that I needed help.

My first experience at the HelpCentre was so surreal; it was such a positive environment—the people, the message of the meeting… everything! I was advised to challenge my problems by participating in the weekly meetings on Fridays and Wednesdays and, one by one, I started solving my issues and inner battles.

Today I’m a completely different man with a whole new perspective on life. I chose not to be  angry, down and out or negative. I chose to abandon the wrong crowd and bad influences. I recently got married to my beautiful wife; I work in the city and my relationship with my family has been restored. I no longer have any anger or bad feelings towards my dad. Now I walk around with a smile on my face.