The certainty of my dream 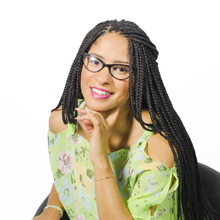 Not having any sense of freedom made Eduarda make the worst choices possible. With her father now gone and her overprotective mother, Eduarda could no longer deal with the constant oppression and anxiety she felt. Read on and discover what happened…

“Taking a trip down memory lane isn’t such a pleasant ordeal. But my story doesn’t actually start with me. My mother was considered the ‘black sheep’ of the family for getting pregnant with me in her late forties. All my family ever did was point fingers and criticise her.

Sadly, my father was never there even after I was already born. My mother always apologised on his behalf, but I longed for him. As my mother suffered in silence due to my father’s promiscuity, she never once complained about him to anyone. She made sure to paint the loveliest picture of him to me.

When my father passed away, that’s when the worst chapters of my life began. My mother could not deal with the pain of losing someone, so the fear that she could lose me too consumed her. She called me all the time and even followed me to school at the age of 17. I was prohibited from going to parties, field trips or even to the shopping centre with my friends.

School was the only place I felt at peace. I could talk to my friends and not have someone hovering over me all the time. I enjoyed helping other pupils in school and I was a great student at everything I did.

At the age of 15, I met a young man who I really liked and ‘fell in love’ at 17. Little did I know that this freedom would lead me to get pregnant at a young age.

From that moment on, my life was never the same. I had to leave education and go to work. Despite experiencing love and affection in the early stages of our relationship, my partner and I broke up when my son was eight months old. I couldn’t stand his obsessive behaviour towards me.

Since then I faced the reality of raising a child as a single mother; everything depended on me. I was working non-stop so that I could provide for my son. In between my busy life, I still found time to go out, start smoking and drinking in the hope that I could fill my emptiness.

I decided to migrate to London in search of a better future and left my son with my mum in Portugal. Unfortunately, I endured difficult times as most people do when they arrive in a new country. I felt really sad and desperate.

At that time, I met a guy who I had previously known in Portugal. Because he was there for me during certain moments, I started to fall for him and sadly I committed the same mistake—I became pregnant with my second child.

After one year, my mother and son came to join me in the UK. My mother has always been there for me every step of the way, and having her and my son close by was very important to me.

One day, I was browsing the Internet and came across a video from Renato and Cristiane Cardoso—two personalities based in Brazil that give advice about relationships and love. It was because of their videos that I became interested in the UCKG HelpCentre and started coming from then.

I am free from the complexes and I believe in myself. I now have my own beauty business and bought my own car. I have inner peace and a lovely family and I’m looking forward to brighter future.