The Blessing at Mount Sinai

the Bible came to life,

Bishop Alvaro, together with other bishops, travelled many hours to Saudi Arabia, to present the prayer requests submitted by participants in the Campaign of Israel at the end of last year. He shares a few details about his journey and the prayers he made for the church, which also served to renew his own faith.

One of the main sites that stood out for Bishop Alvaro was the Red Sea. After crossing the waters when fleeing from Pharaoh, the people of Israel came to an area of steep hillsides and mountaintops, but a single narrow pathway led them through. There, a stream runs alongside it, whose waters are bitter and unsuitable for drinking, going in accordance to the Bible verse where Moses threw a branch into a similar stream, if not the same, and it was made sweet (Exodus 15:22).

That was just one example of the things he witnessed but everything was amazing.

Below are some of the pictures taken by Bishop Alvaro himself, with his comments. 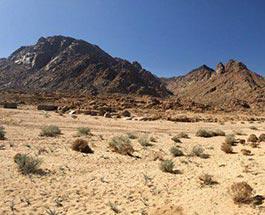 ‘The path here is entirely rocky, so it was very difficult to walk. We took the requests of the people and the photographs of all the pastors of the UCKG in the United Kingdom, and we prayed for the whole church in the world.’ 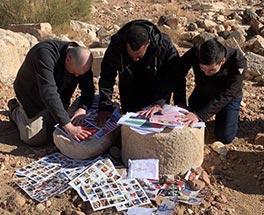 ‘The requests were placed on top of what remains of these pillars. We prayed on them. There are twelve rocks there, built in the time of Moses. We chose this place to intercede for the Universal Church from all over the world. We stayed on our knees there for quite a while, praying for the members, assistants, pastors and bishops.’ 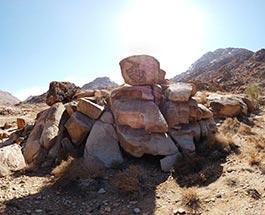 ‘When you look at this rock, you might think that it is quite small. But being there you can see how gigantic the altar that was built actually is.’ 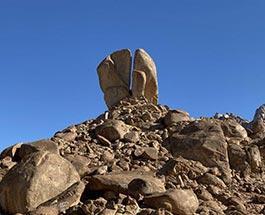 ‘This rock is as big as a building. The entire area is dry, a complete desert. This is the rock that Moses hit and water gushed out to quench the thirst of the people of Israel. I was so happy here because God had told Moses, “I will stand before you there on the rock in Horeb”. So, I knew that God had been there with Moses. Amazing.’ 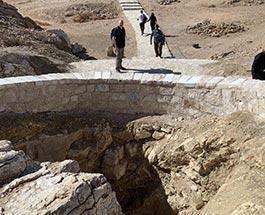 ‘I spoke to the Bedouins of the area who told me that their father had heard from his father and so forth, that Moses and Jethro had been here. They talk about the occurrences of the Bible there amongst themselves and pass it down through the generations.’ 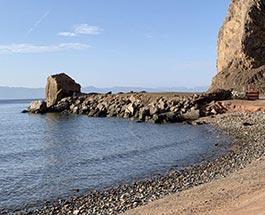 ‘We were told by our guides that Israel crossed the sea diagonally. We can see the mountains in the background, where Egypt is on the other side. After crossing, they came to the pathway I spoke of earlier.’ 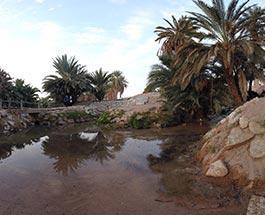 ‘In the middle of the desert you find this oasis. The water comes up from the ground.’

‘During the entire trip the Bible came to life. I have been to Israel but not even there did I see what I saw in Saudi Arabia. It is exciting to know that everything we saw the is written in the Bible, for everyone to see’, Bishop Alvaro concluded.