Homelessness, involved with drugs, Jesus, leave that life behind, London, Mary (mother of Jesus), opportunity to change, sentenced to live, 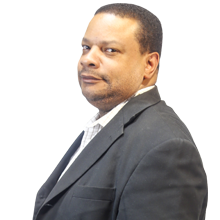 I had a good childhood growing up. I was happy, cheerful, had a family that was united and i lacked nothing. Apparently, all was well. But when I became a teenager, I rebelled and no longer listened to my parents; I wanted to enjoy life.

I started getting involved with women, and I began to drink and take drugs. From then on, my home became bitter and there were always fights and arguments.

I distanced myself from my family and became increasingly involved with drugs and alcohol. Because of this, my education declined.

I was already involved with people who were much older than myself. They taught me to steal and smuggle drugs. I got a lot of money and recognition from trafficking. This is attracted more customers, mainly women.

With this lifestyle, I got cars, bikes, was always at parties and had whatever woman I wanted. It seemed as though I had all I could ever want, but that didn’t explain the black hole I felt within.

As time passed, my fame in the crime world grew and with it came the overwhelming feeling of fear. I felt that I was sentenced to live this cruel life. I met someone and she became the mother of my child, but that still brought no peace.

It was the unfortunate chance of seeing a friend get shot right beside me and another being arrested that made me realise I needed to leave that life behind. I could have been the next one to go. However, my friends were very influential and trying to get out was a nightmare.

Meanwhile, my mother was praying for me. I left my home country and came to London to build a new life, but I relapsed several times.

One day, I passed by the UCKG HelpCentre and decided to go inside. I’d known about it from back home, but was never interested before. But now I saw it as an opportunity to change. I started attending the meetings but kept on drinking, and so my life didn’t progress.

It was only after a close call with prison that I realised I truly needed to turn my life around. I committed to receiving help at the UCKG, and with the assistance of the helpers and the meetings, I found the desire to drink or take drugs gradually left me.

It no longer controlled me. I have peace in my heart and the emptiness is no more. I am a new man.