Putting an end to my addiction

At one point in his life, I am no longer addicted, I wanted to stop, 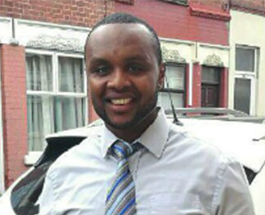 Some people get drawn into an addiction unintentionally or through curiosity. At one point in his life, Duncan Muchira had many habits; some were easier to shake off than others. Read on to find out how he achieved his freedom.

“I was always the type of person to accept other people’s customs. So, when I was around those who drank, I did it too. I was never fond of smoking, but when I studied abroad in Holland – a country that is famous for having a liberal drug policy – I began to smoke weed every day, despite the fact that I was not a cigarette smoker. When I returned to the UK I tried to continue this habit, but the environment was different, so I gave it up.

I was originally invited to the UCKG HelpCentre for an event and decided to keep going as the event lasted nine weeks. The hard-hitting meetings made me reflect on the way I was living. I would leave the service thinking about how I was living my life, and my conscience started to become more sensitive with regard to my actions.

Nonetheless, the more I attended the HelpCentre, the greater my desire to be free became. It then did not make sense to maintain a habit that didn’t give me pleasure, so I quit totally.

Today, I am no longer addicted. I am completely free, and I am now happily married and faithful to my wife, in public and in private.”