I was ‘mummy’s little girl’ until… 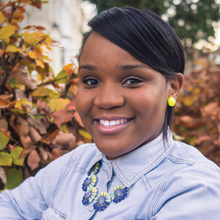 It all began when I moved to the UK. I was ‘mummy’s little girl’ until I started secondary school and saw how other children behaved towards each other.

I decided to copy them in order to fit in, but as time went by, it became who I was. I turned out to be a rebellious youth who brought a lot of trouble to my family. I was aggressive to my mum; I shouted at her and did anything to oppose her, just to annoy her. I hoped that way she would see that I was in control. In my reasoning, I felt that she never understood me and she never would, therefore, I had to set the rules my way for her to follow. I didn’t respect or fear her in any way, nor listened to what she had to say to me. Many times, I held her by the wrist or pushed her out of the way to stop her from hitting me. I stole from shops and other girls when I was with a group of friends. I also got into some fights at school.

Later on, I got involved in meaningless relationships with guys without having any feelings for them. From the age of 14/15, I went to parties without my mum’s consent and, even when she found out what I did, I still went, not caring if she knew the truth or not. I partied almost every weekend, and summer time felt like my time to shine (that was when I used to go to Portugal just to party). I didn’t care about the consequences of hurting my mum. I became a cold person with a tough exterior when, inside, I was sad, proud and full of resentment. I was a lost girl who looked for happiness in the wrong things.

To be honest, I wanted to change but didn’t know how to, so I convinced myself that that was how my life was and I would never have a happy relationship with my mum. It was my burden to carry. Then, I was invited to the VYG—the best thing to ever happen to me. Hearing the messages gave me hope that there was a way out of it all. Not long afterwards, I was introduced to the Sunday, Wednesday and Friday meetings, which really helped me by giving me the guidance and strength I very much needed to fight for my life. It was not easy and things did not change overnight. It took time and effort for me to change, through the support I received from other young people like myself. They understood what I was going through and knew exactly where I was coming from.

Today, rebellion, sadness, pride and resentment are no longer inside of me because I gave God a chance to work in me, His way. It was hard, but definitely worth it. I am amazed at the changes in me, as I never thought I would attain the character, joy and calm mother-daughter relationship we have today. I have a full time job and I’m a pleasant, confident person. I’m also happily married, which has added to my joy.