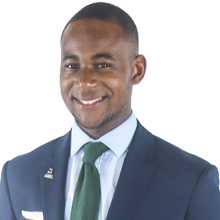 The pressure to succeed not only in university, but afterwards has increased over the years; almost at the same rate the university fees have risen. This is not surprising as who wants to make such a large investment in something and get nothing in return?

“As the time for me to graduate was drawing nearer, I started to think about what I could do differently. I had been told how hard it was for graduates to find jobs after university, as most graduate roles require experience. But coming from a traditional home, it was drummed into me that finishing university with a good classification, within a well-known subject, would guarantee me a good job.

When the time to graduate came, I thought I had it figured out and that I would be the one that was different, leaving university and having jobs lined up for me; but I soon became part of the statistic and found myself jobless. But I was determined.

I started attending the financial Independence Project meetings on Mondays a while ago, and decided that I would really put what I learnt in these meetings into practice. It wasn’t always easy but I would push myself to, and as a result, I landed my first graduate job in an industry that was incredibly competitive and aggressive. In terms of what I could achieve as a rookie, I did that. I used my faith, I conquered things, I became independent, I was even able to afford to pass my driving test and buy a car. But I wanted more; I was not satisfied. I knew this wasn’t the end.

Six months in, the company went through a management buyout phase. But instead of falling into despair, I didn’t give up; I was determined to succeed! I spent more or less over a week doing interviews—close to five a day—with different companies that wanted to hire me, all the time motivating myself to get something better than before. But nothing really appealed to me.

Eventually, a company that showed surprising interest in what I had achieved in my short career in the industry, made me an offer, which was unbelievable. What they offered surpassed my expectations and I was even told in previous interviews that my expectations needed to be managed, but as I learnt in the Monday meetings, we are limitless. I reversed any opinion that was lower than my expectations. But it’s not over yet; now I’m aiming for the moon.”