I fought against my anger to gain peace with my family

insecure and angry, It wasn’t easy, out of control, 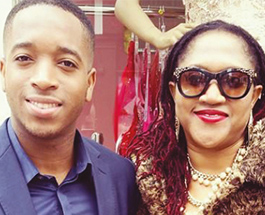 Although Richard had a tough persona, deep down, he had many inner issues and, at times when they became overwhelming, his family would be on the receiving end. Continue reading to find out what happened.

“I was introduced to alcohol at an early age and later began smoking. Things started to get out of control. And since I had never met my dad, I would blame anything bad that happened on the fact that he was not in my life to guide me.

It got to a point where I lived with my grandparents and harboured a strong hate for my mum. My behaviour was intolerable. Because of this, I was tossed between my grandparents and mum because I’d always get kicked out of one house and run to the other. The first time that I actually called my mum “mum” was in October 2011.

Inside, I was very insecure and angry. I couldn’t control my anger, so much so that I attacked my mum, grandparents and cousins on more than one occasion. My lowest moment was when I returned from school unaware that my teacher had called home to inform my mum of my unacceptable behaviour. As soon as I stepped into the house, my whole family ganged up and were attacking me. I had a breakdown; I couldn’t take it anymore!

I was first introduced to the Victory Youth Group (VYG) within the UCKG by a friend. In the beginning, I had one foot in and one out, but I realised that the VYG helped people. However, I was stubborn and didn’t want to accept help. It got to a point where I was in a distressed position, so I clung on to the VYG for dear life and said to myself, “If this place can really help me, I’m going to give it a chance.”

I decided I was going to do everything I could in order to take back the relationship I had lost with my mum and rid myself of my problems. It wasn’t easy, but the more I attended, the calmer I became. Today, my mum and I are best friends and we can laugh together. We attend the UCKG together. The relationship amongst my family is more harmonious, as I am now free from the anger that used to cause me to lash out.”