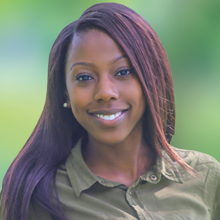 The world around us is set up in a way that inspires fear. “If you do this, then that will happen.” Fear, after all, is one of mankind’s greatest motivators.

The interesting thing is that God works in the exact opposite way. He tirelessly tells us, “Don’t fear.” He goes to the point of saying that we shouldn’t fear anything or anyone.

Yet perhaps fear has controlled a great part of your life.

You don’t take risks as you should. You think much more about the worst-case scenario than about the good that can be. You fear a bad future. You confess defeat. You spread fear among your friends. You abort ideas before they’re conceived. You choose the little things because you are afraid to have a lot. You live within your comfort zone. You don’t express yourself in meetings. You accept a bad relationship because you’re afraid to be alone. You close yourself up, you shrink, and you hide….

The opposite is to be bold, courageous and daring. But this can only be achieved if you are strong within.

It is for this reason that we urge you to invest in the most important part of your life…your inner being! As only 10% of your happiness comes from external circumstances, we invite you to join us every Wednesday to be empowered and to receive the necessary tools to face your fears.

Consequently, you will become a better and stronger person all around.

Ashanta Hay had a loving family. She had siblings that protected her and parents that made sure she didn’t “lack anything”. But as she grew up, she started to feel insecure, found herself holding grudges against people, and even questioned the purpose of her life.

I grew up the youngest of six children. As you could imagine, I was slightly spoilt. My mother always said that I grew up with a silver spoon in my mouth. But as time passed, I had to work for what I wanted.

During my younger years at school I was a bright and popular student. I would often wiggle my way out of trouble because of the authority my older siblings had. If I found myself in a mix up, I would make one phone call and one of my siblings would drive down just to provoke fear in others.

Things spiralled out of control the day I had a fight, which left a scar on my face. My situation at home also went downhill, as I began to dislike my father’s new partner. I then picked up strange eating habits that left me looking slender. This was partly due to my interest in modelling—but at the same time, my size became a subject for bullying.

I then started having strange nightmares of the world coming to an end. I would dream that I never really existed and that one day, all that I had would be taken away from me as though my life had been just a big dream. As time passed, I became extremely unhappy and was almost driven to the point of depression because of the bullying.

“Then one day, my cousin invited me to the” “Victory Youth Group. I began to find the answers for all the questions I had ever wondered about—including life after death and my purpose in this world. I began attending the other services from then on. I really fought hard to clear myself of all the harmful thoughts and feelings I had.”

“Once I overcame these feelings, I was a lot happier and lighter. People around me could see the change in me. I didn’t stop here, though. I continued attending more services. This was really important time, because I wanted to gain a closer relationship with God. Along the way, not only did I receive this closer relationship, but I also realised my purpose in life.”

“Fast-forward to this current time. I’m no longer insecure, unhappy or waking up in cold sweats during the night. Today I have a good career, and I love my family regardless of their decisions. I am about to get married, and I know this is due to God’s mercy and that one invitation I accepted!”