Does pretending really pay off?

At the Universal Church, youth meetings, 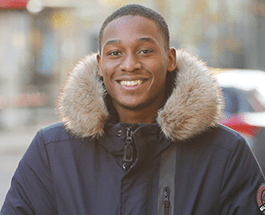 ‘I resented my father. I felt like he wasn’t there for me and I did not feel like I ¬got the attention I needed from him when I was young, so I blamed him for a lot of my issues. I always craved some sort of attention, whether amongst my friends or on social media – I longed for attention wherever I went. I was insecure and confused.

Since I did not get it from my father especially, the majority of my attention-seeking was done on social media, through the pictures I would post of me at parties, with friends, and of my new clothes. It got to a point where I lived just to pay for designer clothes and trainers so I could show it off. For further attention, I changed my look.

I grew my hair out, I pierced my ears multiple times, and all of these I would post on social media. I wasn’t doing any of this because I wanted to, but instead, I thought it would impress the people around me. I would tag along with people who were not my friends just to be a part of a crowd and to “look cool.” I went to parties where I didn’t feel comfortable being in, finding myself constantly pretending to be someone I was not.

In my search for finding my identity, I grew more and more rebellious and was often sucked in by negative influences. There was an anger in me that kept growing, causing me to do and say things that were out of character for me. However, deep down there was that question – “Father where is my attention?”

I was first invited to the Universal Church by a classmate and later decided to attend when my mother invited me some years later. I started participating in the youth meetings they have at the church and there I heard messages and testimonies from people who were able to change their lives. I could perceive that they had received something real and strong and I wanted the same. 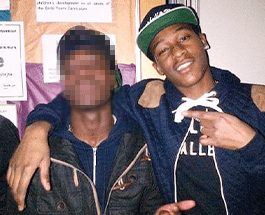 One day, I decided to cut off all the toxic things I had come to learn were not helping me and to face and deal with all the inner complexes I was carrying. I decided to make God my Father; my everything. I decided to apply His Words to my life and turn to Him with every difficulty that I had. I no longer tried to live my life based on my own understanding or for others but instead to live as God intended me to live. This is what brought about the positive change in me.

I learned that everything that you are looking for is in God. Sometimes we think that what will fulfill us is in tangible things or a person, i.e. a father. However, that satisfaction only lasts for a while – when they’re one, you’ll still feel the same way. Building yourself and your life with God, however, allows you to see that truly everything you were looking for was with and in Him all along!

I did face many challenges in my journey, and a lot of them were internal battles as I was filled with self-doubt and frustration. However, my personal moments with God; my Father, are what strengthened me. My perseverance and decision to continue also helped me on the road to change and I certainly have His attention.

Today I no longer hate my biological father and I have a much better relationship with him that also includes attention. I no longer need to seek attention from other people because I value who I have become, so I don’t define my worth based on other people’s opinions about me.

My self-assurance and confidence come from my relationship with God. What currently keeps me going through my journey is the inner change that I received from God, as well as knowing that there is so much more that He wants to do for me in my life.

At the Universal Church, I heard and saw real examples of people who were able to conquer the change that I was looking for. I was inspired by the examples of the advisers who helped me and I could see the sincerity and truth in what they taught. Today, I am one of those encouraging examples for other people.