At an all-time low 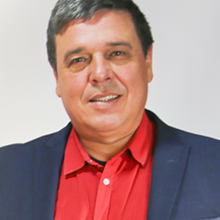 Having to live with depression was even the little money that I received was like having a grey cloud constantly looming over my head, pouring a mixture of frustration, dissatisfaction and down-right misery over every single area of my life.

It started because I lacked balance. I worked long hours with little or no rest and had nothing to show for it. I became increasingly frustrated and stressed about everything.

I would work throughout the night and the first thing I did when I got home was to take antidepressant tablets. Then I would sleep all day, until I had to repeat the same routine again.

Having depression was a nightmare. I couldn’t think straight, I struggled to cope with day-to-day life. I needed something to relieve my frustration, so I turned to alcohol and smoking.

On my days off, all I did was drink. I couldn’t help feeling sorry for myself so, wasted away until I was broke way before payday arrived again.

As a result, I looked for alternative ways to get money. I applied for benefits, although I wasn’t entitled to it.

After spending money that wasn’t rightfully mine, I ended up in court and was almost arrested. I had a debt of £40,000 and the only way I could pay it all off was by doing community service.

Suicidal thoughts had me planning my own death, but I couldn’t go through with it.

I can’t count the number of times I was referred to the mental health hospital due to the depression. I was seeing things that were not there, my feelings were all over the place and the panic attacks were strong and frequent.

Now when it came to my love life, what could I say? It seemed I had it all wrong.

Both my ex-wives had left me for another man and this rejection was like having my heart ripped out of my chest and stepped on.

I had three children with them, but since we had separated, the distance between us made it impossible to see my children on a regular basis.

I soon came to an understanding that nothing in my life lasted, but I knew it wasn’t right.

As the years passed, I met my current wife. But the start of our relationship was trying. I accepted her children from her previous relationship as my own, but they refused to accept me.

My depressive state—the fear, mistrust and anger—only added to the strain and uncomfortable atmosphere in the house.

I was so used to life being the way that it was, that I didn’t know there was another way of living until I discovered that the UCKG HelpCentre existed through a TV programme.

I wasted no time in contacting them. They were very helpful. Because I lived so far from the closest HelpCentre to me, they came to my house and drove me there.

I will never forget the feeling I had when I stepped inside the church for the first time. I felt something I had never experienced before—I felt peace!

I attended the meetings on Fridays and Sundays and gradually, I began feeling happier, having a brighter outlook on life. I no longer felt anxious, miserable or suicidal. I found myself smoking and drinking less until I stopped altogether. I didn’t only feel free; I was free!

Now that God proved to me that He could change me, I challenged Him in the Greatest of all Campaigns for a total life transformation. I made my sacrifice and today, I’m reaping the fruits of this action of faith.

Four months after the Campaign, I was able to pay off the £40,000 debt that I’d had for 19 years and I bought an apartment. We went on a 7-week family vacation to Portugal; we also went on holiday to Brazil and visited the Temple of Solomon. It was an incredible experience!

Last week, I was also able to buy a brand-new Mercedes!

My whole family and I attend the HelpCentre together and, whereas before we had our differences, today we get along wonderfully.

I can’t believe how much my life has changed since I came to the HelpCentre. God has turned everything around, and I couldn’t be happier to be alive. Now I know that with Him, there are some things that do last.