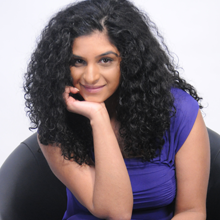 Imagine being labelled as the black sheep of your family. Despised simply because of your gender. Plagued with insecurities and questioning your existence because of the constant reminder of what you turned out not to be. Meet Shannon Alagh, a young woman whose plight forced her to leave her home at a tender age and seek solace in places where she would receive anything but.

I grew up in a culture where you’re encouraged to have sons. So when I was born, my father always treated me as if I were a male. I laughed it off, as if it didn’t affect me, but it began to have an emotional toll on me years down the line. I became a tomboy sporting tracksuit bottoms and baggy clothes. I developed complexes, wondering why I had been born a girl. I felt inadequate and unwanted.

There were always problems between my mum and dad. As their marriage was arranged, they were not really compatible and their relationship was extremely strained.

My father was already married to another woman and, consequently, he left when I was around 8. I went to live with my mum and stepdad; in Birmingham—whom I couldn’t stand. He practised a different religion than the rest of my family, so our culture was different, and with him being 11 years younger than my mum, his presence made my blood boil.

Because I kept moving around, I never stayed long in the schools that I attended, meaning that I lacked education severely. Whenever my stepfather would ask me a question and I would answer incorrectly, he would lose control and beat me, punching and kicking me almost to the point of unconsciousness. I developed a grudge against him and my mother. In my mind, she was the one who had brought him into our home, and so she was responsible for anything that happened.

When I was around 14, it all became too much for me. My mum was diagnosed with cancer and I didn’t want to be a burden on her. I needed to get away. I decided to move out of my parents’ home and live with a friend. At such a young age, as you can imagine, things only got worse. Any teenager goes wild with that kind of freedom and that’s exactly what I did.

I had a friend who introduced me to a lifestyle filled with drugs, alcohol and boys. As time went by, I started getting hooked onto weed. I became extremely dependent on it, to the point where I wouldn’t be able to focus on anything without it! It became my breakfast, lunch and dinner. I was only 15 by this time. “How on earth could you afford it?” one would ask. It was quite simple. My friends were willing to do anything to get their fix for the day and they showed me how. I looked much older than my age and this was my pass that I would use to get into clubs and buy alcohol.

Weed took me to a world where my desire was to never leave. I wanted to forget about my life and suppress the anger that I felt towards my mum for allowing my stepdad into our household, for her illness… everything. The weed blocked out the mess that was my life. I never even had time to be in touch with reality because I was high most of the time! For many years, being totally sober was a rarity. I would accompany my weed addiction with cheap cans of cider – anything I could afford at that age. When I had absolutely no money, I would become frantic and my looks just weren’t enough to get me what I wanted.

My uncontrollable addiction got me into trouble many times, as I would borrow money from those around me.

Sometime after, I decided to reconcile with my mother. I was getting older and I wanted some closure. But our relationship was to be cut short by a terminal illness. One day, I received a phone call telling me that she had been rushed into hospital and her health was deteriorating. It went from one day everything being fine to being told that my mother had 24 hours to live. I was gutted. I was swamped with regret as I thought about all the years I had wasted not speaking to her. I was angry with myself for not building a relationship with her much earlier and wasting time partying, raving and hating her for allowing me to leave in the first place. Because I wanted to live my life and do my own thing, I missed out on experiencing a real mother-and-daughter relationship. In the little time I had with her, I realised that all she wanted to do was be there for me. When my mother passed away, I isolated myself from all my friends and family and cut off my relationship with my boyfriend; I was broken. I wanted to be alone. I sought help in different religions, but I would always reach a dead end and my life was only sinking into a deeper hole. I began to believe there was no God. If He existed, why was my life the way it was? Feeling like I had no one to turn to, I was broken-hearted and contemplated suicide. It plagued my mind but I didn’t have the courage to do it.

One day I was standing on a local street in my area, smoking and wondering what I was going to do with my life and someone approached me, inviting me to the “UCKG HelpCentre”. I was baffled. They pointed to the building behind me and explained what the HelpCentre was about. They invited me in. What did I have to lose?

I looked like I was going to rob the place! I was wearing a hoody, tracksuit bottoms and trainers. When I walked in, my instinct told me to close up. After all, I had been to other places where I was told that my life could change but they did nothing for me. I was surprised at the reception I received. People were warm and non-judgemental. A spiritual adviser came to offer me free one-to-one advice. No judgement, no rejection, just real down-to- earth care for my well-being.

I felt at ease in the HelpCentre; opening up about my past became easy, but changing the ways I had been used to for over 10 years was hard. Emancipating myself from weed dependency was a constant tug of war. Though I committed myself to attending weekly sessions at the HelpCentre for my life to be completely transformed, snippets of my past would try to reel me in and take me back to square one. I had to fight hard. I had to withstand the temptations and firmly refuse to revert back to my old ways. The spiritual advisers were with me every step of the way. When I felt like giving up, they would give me a word of encouragement. I learnt that in order for me to maintain my gradual transformation, I had to put my faith totally in God. This was when the Campaign of Israel was announced. At the meetings, I would listen to what the Campaign was about, listen to people’s testimonies who had seen results from it, and from there I made my decision. I wanted to take part in this! Overtime, I prepared my vow, doing things that I had never done before. I would partake in many ‘purposes of faith’ and Chains of Prayer because I wanted God to see my total surrender to Him. I trusted Him with my life and this was how I was going to show Him. When I presented my vow on the altar, I had an assurance that my life was going to change. I didn’t know how, but I trusted in Him.

After over 10 years of being addicted to weed and alcohol and living life recklessly, I am no longer dependent on weed and my life is moving forward and upwards. I’m not that angry, resentful person anymore. I have a solid job as a Chef. I love cooking, and plan to open my own business are underway!

I really thank the UCKG HelpCentre for their constant help and I ultimately thank God for taking me from where I was and putting me where I am now.