change my life, I stopped going, I was a confused, Sleep, Sleep deprivation, sleeping, sleeping tablets, the biggest problem in my life, 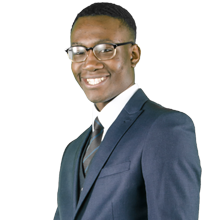 Before I came to the UCKG HelpCentre, I was a confused, void, addicted, and outraged young man with evil intentions towards others. All these issues interrupted and held back my life, my education and my focus on any career. The addictions I carried with me were towards pornography and sleeping around constantly. I would sleep with someone not caring about any consequences that could occur afterwards. I just did it for the pleasure, however bitterness would consume me even more afterwards. I carried on like this without any perspective of changing, since I didn’t see anything wrong with what I was doing. I would promise myself and even say to my friends that I would stop messing around, only to turn back on my word later.

All my effort and focus was on occupying this space, but it was no use, as nothing I tried helped; rather, things had gotten worse. It only grew bigger. I came to the HelpCentre with mum as she used to bring me when I was younger; but as time passed, I stopped going. I later returned due to my mother’s persistence and became a regular member, but I would go just for the sake of going. The appearance would fool many as I made my best to blend in.

This didn’t change me, as I would still go out partying on a Saturday night, sleeping around, then come to the HelpCentre on a Sunday morning feeling guilty, but repeat the same steps again… sometimes as soon as I had left the building. I made a decision to change my life through realising that I had a void inside me and all I did to fill it wasn’t working.

I was then told about an opportunity to have that void filled when a purpose was introduced to take a break from media and secular entertainment to focus on what was truly important. The reason I decided to take part was to solve the biggest problem in my life—fill my void. I committedly participated to really change.

Well, I can stand today and say how I am no longer the same person. Now I have also been able to conquer and succeed in life with my own business that is very profitable, but above that through the change that has taken place from the inside out, I am no longer addicted, angry and above all the void has been filled.