The importance of forgiveness

drinking and clubbing, I felt betrayed, I was able to forgive, importance of forgiveness, 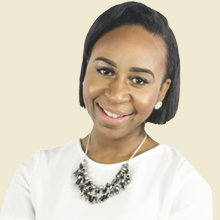 The day my father hit my mother is when he stopped being my hero. To me, he was now a monster and I sought to fill my empty heart with something other than the hatred I had for him.

I craved the attention of my friends, sought security in boys and started smoking, drinking and clubbing to lose myself in the moment. But reality always hit in the morning. I looked happy, but no one could see the real me buried underneath the smiles.

When my grandmother passed, I felt like a part of me had died with her. What was worse was that, upon going to my home country to arrange the funeral, I found out that my father had another family. Then it made sense why he had never wanted me to visit after he had left. I felt betrayed; it seemed like he didn’t care about me at all.

When my mother and younger brother invited me to the UCKG HelpCentre, I was reluctant to attend, and when I did, I was frustrated with being encouraged to ‘open up’. I didn’t want anyone to know who I truly was because I was trying to hide it from everyone.

However, after doing so, I regretted having stayed quiet for so long. Just opening up to an adviser made me feel like a heavy burden had been removed from my shoulders.

I was attending the Sunday morning meetings, which always made me feel so light and burden-free. The more I went to the HelpCentre, the peace that I experienced was inexplicable. I was learning how to be different, how to let go of the fake me and embrace a completely new Bijoux. The void was gradually being filled, meaning that I didn’t need to do certain things just to feel happy.

I was able to forgive my father and let go of the bitterness I felt towards him. At the HelpCentre is where I learnt the importance of forgiveness. It set me free.