I was hooked until I asked

Baptism with the Holy Spirit, Bible, God, Gospel of Matthew, Holy Spirit, I couldn’t sleep, I was spending money, Jesus, my love life, presence of God, 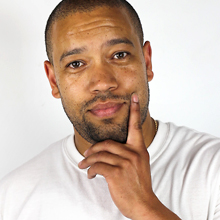 What started out as an experiment with friends turned into something deeper, it became all that he depended on until he became…hooked!

Chaos! That’s the only word that I can use to describe how my life was. I consumed alcohol and smoked cigarettes on a daily basis and I was a time bomb waiting to explode! If anyone tried to correct me, they would be on the receiving end of a lot of verbal abuse. Even my mother was afraid to speak to me because of my violent reaction.

In my mind I thought I was the strongest man in the world and that I was always right. Well, I thought wrong! Money slipped through my fingers like water, because of my drinking habit. There was even a time where I received four thousand pounds but, in the space of two months, I wasted it all on alcohol and cigarettes. This action had a massive affect on my love life.

Soon, cigarettes just weren’t cutting it for me any more, so I moved on to something stronger- marijuana and I immediately became dependent on it. It gave me a temporary high, which made me feel light and free. It even got to the point where I couldn’t sleep if I didn’t smoke a joint. However, reality eventually kicked in and realised that I had no money left. This led me to have to borrow money from family members and friends, which was humiliating.

Despite having a job, I traded hours of earning money for spending time – well, more like wasting time – drinking and smoking with people who I thought were my ‘friends’. This eventually affected my budget and, at the end of the month, I had no money to pay the bills or do shopping for my home. Not having money to provide for my home sparked arguments between my partner and I, but because I was blinded by my pride, I would behave as if she was the ‘bad guy’.

My partner tried to talk to me, to make me realise that I was spending money excessively on the addictions but this only added fuel to our arguments. I ignored everything that she said to me.

My sister saw what was going on and invited me to the UCKG HelpCentre. She would constantly invite me but, because of my stubbornness, I always rejected her invitations. However, she did not give up. My phone never stopped vibrating with Bible verses which she would text to me, but despite her efforts, I was still ignorant and thought that the HelpCentre was an organization which stole people’s money.

My sister persisted, especially by praying for me, which had a profound effect on me in the end. I remember waking up one Sunday with the desire to go to the church. I was so determined to go that when my partner tried to object, I boldly told her that I would go with or without her. She was so surprised by my determination that she went along with me.

As I was attending the HelpCentre, I started to see changes in my character. Through the messages I heard in the meetings, I was encouraged to start making changes in my life.

I became different in how I dealt with things. Whenever I spoke, I no longer had an angry, aggressive tone but, instead, something more tranquil came out in its place. But I wanted a complete change, I wanted to become new, so my partner and I made the decision to get baptised and, since that day, I stopped smoking marijuana and drinking alcohol.

Next, I started to use my faith as I was taught in the meetings. The Fast of Daniel, which is a yearly purpose for those who want to know God and live in God’s way, came along. I saw this as my opportunity to be made completely new, from the inside out, so I took part in it. I swapped the bad company that I used to hang around with, for the company and presence of God. Through doing so, my, ‘oh what a day’, happened; it was the day that I received the outpouring of the Holy Spirit. I asked to be changed and the fullness of that transformation happened.

I went to ask for forgiveness from all those whom I had wronged, and was set free from all the negativity that used to dwell inside of me. My conscious was clean!

I would never exchange the Helder I see in the mirror today for the old one nor would I go back to that lifestyle. It’s not worth it! I am happy with who I am now – drug free, selfcontrolled, happy and, a family man. I even honoured my partner after being together for several years, by making her my wife.