“I wanted to go to prison because it sounded fun” 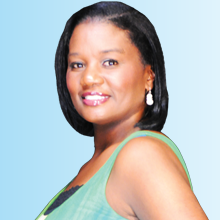 My pathway to self-destruction had already been created when I was abused by a family member at 14-years-old. I kept the dirty little secret to myself and refused to tell anyone. A few years later when I finally mustered up the courage to do so, it was brushed aside. Those closest to me didn’t believe what I told them. I was even blamed for it.

“Cyrena, I don’t think he’s capable of doing something like that, you probably asked for it.” Forced to withhold it for over four years and when I tried to speak up, it was thrown back in my face. I was enraged. No one can fathom the pain this caused me. In fact, as a result, my perspective on life changed. My life was like water in my hands. It was slipping through my fingers and I couldn’t control it.

I developed severe anger problems, a rotten attitude and had absolutely no regard for other people whatsoever. Outings with my “girls” and I would always turn into fights with people. It didn’t matter who they were – men or woman, we didn’t care. Someone could brush past me or look at me in a way I didn’t like and that would set me off. I felt like I needed to be in control. When I was abused, I had been the victim, I couldn’t fend for myself, but this time I refused. I was determined that it would never happen again and the only way I could do this was to fight my way through life – or so I thought. People were afraid of me and I thrived off knowing that it was me calling the shots.

At a young age I started getting involved in relationships that were nothing but toxic for me. I would be with one guy but once I got bored and did what I wanted with him, I’d move onto another one. I wouldn’t even bother breaking up with, or pre-warn them. They were clueless. I had very little value for myself so in my eyes, there was nothing wrong with what I was doing. Men did it to women so why couldn’t I do the same to them?

When my mum moved to Jamaica, I used this to my advantage. She was under the impression that I was going to college because that’s what I kept telling her but instead, I was selling drugs to prostitutes in bars and clubs to make money. My temper was still very much in control of me and this only made things worse.

At the age of 20, I was living in a house with a couple of girls. Suddenly I heard an argument upstairs – I was in the kitchen by this point. Most of the day was a blur but one of the girls ended up getting stabbed and I was required to serve a three and a half year sentence for what I had done.
My sister had always been in and out of prison and because of the stories she would tell, I developed a warped desire to go for a day. Well, I got my wish, but fun was the total opposite of what I experienced. The confident, bossy and controlling Cyrena was replaced with one that was scared, nervous and humiliated. I had to be strip-searched and was put in a cell with other people who were also messed up and high on drugs. I had met my competition.

After a few months, I grew accustomed to the prison lifestyle. I made a group of friends, sold drugs to other inmates and got into fights with them. On the surface I was a hardened girl, but on the inside, I was afraid. I didn’t know where my life was heading. The feeling of having my freedom capped was absolutely petrifying. When I was released, I promised myself that I would never go back, but my temper was still a problem.

Instead of fighting and being aggressive, I started looking for consolation in alcohol. It may sound odd but I had no other way of expressing myself than through a glass of wine or shot of rum. When I was drunk all my worries and woes were temporarily buried. I didn’t need to fret about anything. Well that was until reality would knock me hard on the head.

After my stint in prison, I starting going out with this guy. Initially he seemed charming but after seven years, he became extremely abusive. We both had our issues but with my overpowering personality and his firmness, we clashed with terrifying consequences. He strangled me, threatened to cut my hair and even threw hot water over me. I’d constantly promise myself that I would leave him, year after year but I just couldn’t. My life was such a mess and I was stuck. Our relationship was so toxic that one day we had an argument so extreme, my dad had to intervene and that was when our relationship came to an end.

I remember one day sitting down and reflecting on the person I had become and I hated myself. I just wanted to die! I mean I had nothing left to live for. Suicidal thoughts would constantly bombard my mind. I wanted to jump out of my own skin and become someone else.

When I came to the UCKG HelpCentre, I was shown that there was a chance – as small as it may be – that my life could change. People were so welcoming and understanding, I couldn’t believe it was real. The spiritual advisers encouraged me to attend the Friday meetings for my deliverance and I must say, this was a huge catapult into the person I am today. Through these meetings I was able to find the root to my anger – the abuse.

I forgave the man that took my innocence and this enabled me to move forward. As I kept attending, I experienced one change after another. My countenance cooled down and my aggression ceased. Though I was happy with the person I was becoming, something was missing. The void that was in me still hadn’t been filled. When the Campaign of Israel was announced, I couldn’t let the chance to transform my life completely pass me by. I’d made plenty of wrong decisions, and I needed to be new.

I knew about faith and the power it had so I challenged God. I prepared my vow, putting my all into it and made sure it was perfect. When I presented it on the altar, God had to prove Himself to me, either he was there for me or he wasn’t. To compliment the vow, I attended the Wednesday and Sunday meetings because I wanted to learn more ways to strengthen my faith. I knew that I was still going to face hardships in life and I needed the spirit to deal with it.

Over time, I began to see the changes I’d wanted for a long time. I stopped thinking in the way I did. When I was wrong, I learned to be humble and accept to be corrected. Overall, I was filled with peace and assurance that my life was going to be okay.

Today, despite all that I have been through, I have a legitimate job. I no longer feel the need to be the violent drug-seller I was before because it didn’t benefit me in any way. I am genuinely nice to people now, which is something I couldn’t do before. It has become embedded within my demeanour. My character has completely changed and I’m very happy being the person I am now.