How many souls are on board

Kingdom of God, the value of the soul,

The reason for this is if you refer to the number of passengers, you are immediately discarding the pilots and the crew. You cannot say that there was an “X” number of bodies onboard because airplanes sometimes carry bodies in the cargo hold, that are being taken to another country to be buried.

Regardless of whether CEOs of airlines believe in life after death or not, they still refer to anyone alive on their airplanes as a soul.

There is no life in a body unless a soul is in it. The moment a soul departs from a body, what is left behind is a mere shell.

This offering of atonement represented a person’s soul and was given every time a census of the people of Israel was done. Notice how the amount required from the rich or the poor was exactly the same. Surely the rich could give a lot more than the poor, but in this instance, God was trying to show us that the value of the soul of the rich and of the poor are the same in His eyes.

We know the world differentiates between the rich and the poor. In few places is this more evident than on an airplane where the rich can be treated very differently from everyone else by upgrading to First Class. But in order to enter the kingdom of God, the sacrifices required are the same, no matter who the person is: “Then He said to them all, ‘If anyone desires to come after Me, let him deny himself, and take up his cross daily, and follow Me.’” Luke 9:23

Take a moment to reflect and see if you are indeed sure of the salvation of your soul, or if you have been trying to avoid carrying your cross by doing things the easy way.

There is no cost-cutting when it comes to entering the Kingdom of God. The same is required from everyone; whether they are rich or poor. 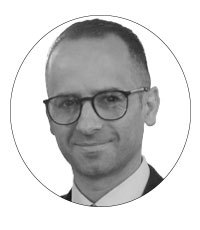