My life on the streets

a bit too much for everyone, faith in God, finding the strength, I was a little afraid, struggling to make ends meet, twice as hard, 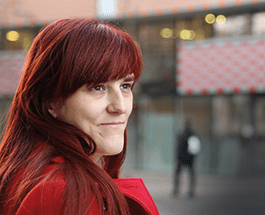 ‘The atmosphere at home was tense at best; mum and I argued a lot, and it would get quite nasty at times’, she remembers. ‘The best word to describe the relationship between us is “strained”. In the end, it was all a bit too much for everyone and, six weeks later, I was thrown out of my mum’s house.

“I spent two winters sleeping on the streets, in doorways and under bridges”.

I had nowhere to go and no idea about what to do. I didn’t know anything about homelessness; I felt I had no one I could talk to – no friends, no family – so I wandered around Central London. I saw some people begging on the streets and I thought I could do the same thing, so I copied them’.

The harsh reality of not having a roof over her head has exacerbated her ill health.

‘I spent two winters sleeping on the streets in doorways and under bridges. It was hard. I felt my fight was twice as hard because I was constantly falling ill. I had no peace; I always had to be on my guard because people were cussing at and threatening me—it was horrible! Eventually, I moved into a hostel. While it was great to be out of the cold, this new environment introduced me to cannabis. The occasional puff became a way of evading my problems’.

Phoenix’s lifestyle brought her to one of the darkest moments in her life.

‘My boyfriend at the time essentially pimped me out. I felt so low during that period that I overdosed twice. I’d had enough of my life. I had spent seven or eight years on the streets, with brief stints in hostels—that’s all I had to show for my life! I often thought to myself, “What’s the point of continuing in this misery? Will there ever be a way out for me?”

A persistent neighbour of Phoenix was adamant that there was a way out for her. He was so sure of it that he wouldn’t take no for an answer.

‘He was very insistent that I should go with him to the Universal Church. He invited me three times. The third time he asked, it was as if something inside me compelled me to go. “What do I have to lose?” I thought. I went, and I have never regretted it. When the Pastors and the Bishop spoke, I felt they were speaking to me specifically’.

One of the first changes that Phoenix experienced was finding the strength to kick her habit. She stopped smoking and managed to secure a permanent accommodation. Her new mindset was less ‘things can never change’ and more ‘things can never change unless I do something different!’ As odd as it seemed at first, she made faith in God an important part of the small steps she took to turn her life around.

‘I found that whenever I prayed and asked God for help before doing anything, I had His favour and things would turn out much better than I expected. I started to really believe I could make a better life for myself.

My next hurdle was finding a job. At the time, I was on benefits and struggling to make ends meet. I didn’t want to depend on the government anymore. We learned in church that we should aspire to be independent in our finances. I was a little afraid because I hadn’t worked in twelve years, but I went for it! I was fortunate enough to land a job where I stayed for three years. I had to re-learn how to handle my finances and how to be financially independent, but I did it! That small step was the beginning of me being courageous enough to venture out on my own and start a business’.

With her life finally on track and having found the inner peace she had always craved, in time, Phoenix found it within herself to rebuild bridges with her estranged family.

‘Reconnecting with my dad before he died was the best thing I did; a burden was lifted. I started talking to my mum again, and we are working on rebuilding our relationship.’

Today, Phoenix has well and truly turned her life around. She is happily engaged, owns a thriving business, and is in the process of owning her own home. ‘Looking back, I would never have imagined that, today, I’d be able to share my story like this. I truly believe that, with God on my side, nothing can stop me.’