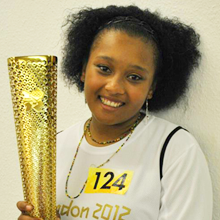 On Monday 23rd July, in the borough of Sutton, onlookers watched from the sides as the Olympic torch passed by them. It was a significant and proud moment, and so they cheered, clapped their hands and documented the occasion with pictures. But what makes this particular torch journey momentous for the FIA Team (Faith in Action) was the person who carried it. Donning the converted polished Olympic tracksuit, Venetia Palmer ran past to the hails and praises of spectators and viewers. Just a few years before, this 23-year-old childcare worker was the stereotypical product of a dysfunctional family, anger-filled and deeply troubled. But on this day, she was honoured as an Olympic torchbearer.

Devoid of love and attention from a mother crippled with depression, who was often abusive, Venetia grew up without her biological father, who departed early on in her childhood. And as with most teens who are starved of parental guidance, Venetia fell into a downward spiral of boys, shoplifting and the like. I asked her how she felt carrying the Olympic flame and she said, “I felt so honoured carrying the flame… it’s not something that happens every day and to be part of the Olympics was simply overwhelming! If you had told me some years back that I would one day carry the Olympic torch, I would have laughed in your face! But today it happened—I carried it!” 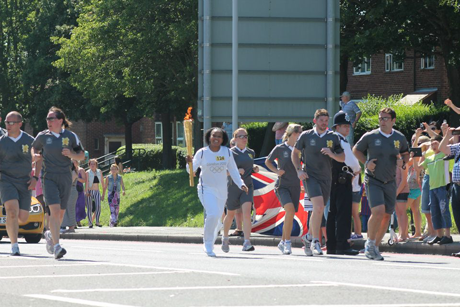 Could it really be the same Venetia who was renowned for exhibiting one of the worst behaviours in school, swearing and fighting teachers? Who when life handed her lemons, instead of making lemonades, she smashed them up along with anyone else who came her way. Could it really be that this was the same suicidal self-harmer who is now a respected member of society? It’s unbelievable, yet true.

She said, “I wasn’t someone you wanted to get on the wrong side of. My childhood was rocky at best. My sister and I were taken into foster care because of the domestic violence my mum went through and we had to keep on relocating to different homes because of her violent ex-husbands. This was very frustrating for me and it became the problem of everyone who came in contact with me because of the anger and hate I carried inside—it didn’t take much for me to lose my temper. I even changed my personality and became like a boy and was very rough. Also carrying all that hate didn’t make me a happy person, and so I was very depressed and contemplated suicide many times.”

As I look through the pictures of her in the Olympic torch relay, I can’t help but smile thinking of the transformation this once menace to society underwent, but at the same time wonder how such a drastic change came about. How could this former hell-raiser be today an inspiration, with nothing but praise from her peers and community? With a smile on her face she told me, “There are times when I can’t believe it either because I was really in a dark place some years ago, with the wrong friends and the wrong attitude. I remember one day I went crazy at home and pulled a knife on my sister. It was as though something snapped inside of me. I lost all control and really wanted to kill her. Then realising that I couldn’t kill her, I pulled the knife on myself because I believed that no one would care if I were dead. I was only able to come out of that dark hole when my mum brought me to the UCKG HelpCentre. There, the emphasis is on the practical application of faith, rather than formal religion, and this struck a chord with me. I later joined the Youth Group (VYG) and, upon hearing the message of change, I wanted to become new. So when a Campaign of Israel was later announced, I took my envelope, with one request: a brand-new me. Through the messages in the meeting, I learnt how to trust God and gradually I lost my anger. I received the seal of the Holy Spirit and underwent a complete character makeover.” 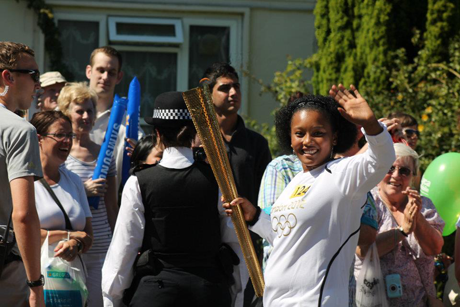 Well, it’s safe to say that Venetia is brand-new. Nominated to carry the torch by the local authority, her optimism, patience and non-judgemental approach when helping the old and young is what got her noticed. Today, she is an outstanding youth leader who is studying for a professional qualification. She is a humble, caring, giving, forward-thinking and mature young lady who, along with studying, works and runs a football club for underprivileged 12 to 16-year-olds. Truly inspirational!