I Decided to be Free

I sought for change, Universal Church, 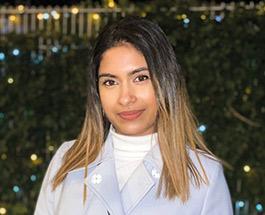 “Even though my family members and I lived under the same roof, there was no unity. I didn’t have a strong relationship with my parents, and sometimes, I wouldn’t even speak to my sister.

I also could not sleep during the night — I would hear voices and see weird things that didn’t make sense to me – and on occasions, I felt as though someone was watching me.

It was my sister who invited me to the Universal Church and I decided to accept her invite. On attending, I soon realised that the relationship I had with my family, plus my experiences during the night, were indeed a problem.

I made sure to take part in events similar to the ‘Day of Decision’. These were a real eye-opener because I got to see the truth. In the beginning, I was uncertain, but as I got to know the real reason behind my spiritual attacks, I sought for change. I did this by continuously attending the weekly meetings. This became ther best decision I ever made because eventually, I started having peaceful nights.

Although I saw changes, I wanted to see much more. It became frustrating because there were times I wanted to give up. This was when I realised my mind was weak and that I needed to face my problems rather than run away from them.”

At this point, many people would have given up; however, Thanusiya held on to one word that she kept hearing at the church: “perseverance”. She continued to attend the meetings until she saw a complete change, one that she had wanted for so long.

“This stage of my life taught me a lot. Although I made mistakes along the way, I realised that through faith and the power of decision I could overcome any problem — whether spiritual or physical. Today, I am free. The spiritual attacks are no more. I now have a relationship with my parents, my family is united again and there is peace within our home.”