I broke free from all negative influences 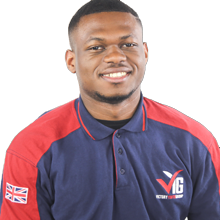 I never really had major problems to say the least, but I had issues that were having a big impact on my life as I was growing up.

This did not help my education at all as I was failing due to the bad habits I was picking up from my friends back then. Pornography gave me a distorted image of love, and led me to almost putting the sexual thoughts into action at the age of thirteen. At home, I also saw the relationship with my sisters deteriorate. At this point in life, I never thought I would remain in the house beyond 18 years of age.

I was then invited to the VYG and as I attended and became serious, I started putting the advice that I was receiving into action. In simple words I can say that I broke free from all negativity. I am now a role model to others, and I am succeeding in all areas of my life.