To understand the three necessary steps to receive the Holy Spirit, let’s meditate upon Peter’s statement to the first converts after the coming of the Holy Spirit on the Day of Pentecost: “Now when they heard this, they were cut to the heart, and said to Peter and the rest of the apostles, ‘Men and brethren, what shall we do?’ Then Peter said to them, ‘Repent, and let every one of you be baptised in the name of Jesus Christ for the remission of sins; and you shall receive the gift of the Holy Spirit.’” (Acts 2:37-38)

Let me highlight the importance of the “what shall I do?” question when someone accepts the message of Jesus. This question shows the intensity of that surrender and opens the door for the next stage, to repent.

1. Repentance is a profound feeling of sorrow or regret for wrongs that have been done. It involves the following:

a) A sinner has to acknowledge his sin. This is the first and most important step to sincere repentance. No one can repent of what he has not acknowledged. b) A sinner has to hate sin. If a person does not hate sin, he will, without a doubt, sin again, and eventually become used to it. c) A sinner has to abandon his sin. If a person does not immediately turn his back on sin, he will never be able to leave it. For example, when a person accepts invitations to spend time with people who do not share his faith, he will often give in to their attempts to persuade him to do what is wrong. d) A sinner has to completely forget his sin, treating it as though it had never happened.

2. The following stage after repentance is the Water Baptism. This is a turning point for those who truly want to start a new life with the Lord Jesus.

After His resurrection, the Lord Jesus taught the disciples about its importance by giving them a clear command: “He said to them, ‘Go into all the world, and preach the gospel to every creature. He who believes and is baptised will be saved. But he who does not believe will be condemned.’” (Mark 16:15-16)

The meaning of Baptism in Water: In the same way that a burial ceremony signifies that the last tie between a man and his earthly life has been severed, baptism in water is a public declaration that a believer is severing all ties with his natural life. Our inner self is put to death and sin no longer has dominion over us.

• No one pours clean water into a dirty cup. Likewise, a person cannot be given the Holy Spirit when there are other spirits dwelling in his body, such as the spirit of envy, dissension, anger, greed, gossip, etc.

• No one is given the Spirit of God as long as he holds a grudge against someone else. God’s greater forgiveness can only be enjoyed after the person has sincerely forgiven those who hurt him. Only then will the Holy Spirit find a place to dwell in his heart. 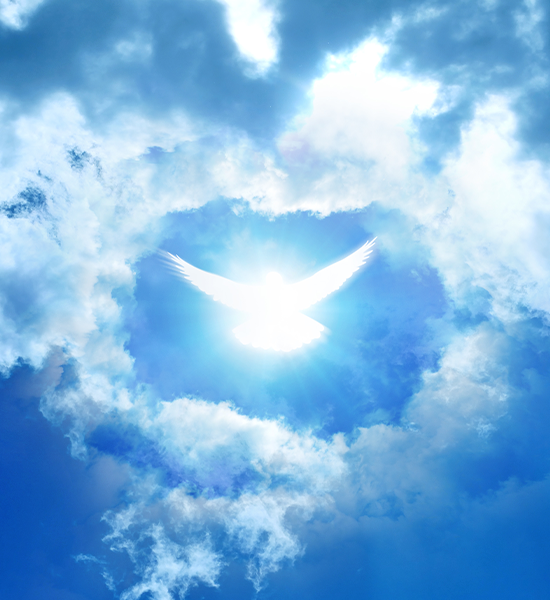 • No liar is given the Spirit of Truth. Our yes must be ‘yes’ and our no, ‘no’. We have to tell the truth, because it is our sincerity that keeps us clean.

• No one can be given the Holy Spirit while he is still attached to the things of this world.

• When you seek the baptism of the Holy Spirit, you cannot allow anything to accuse you before God. If something accuses you, you have to immediately confess it to the Lord Jesus and ask for His forgiveness.

• You should not think about your family, your bills, yourself or anything else when seeking the Holy Spirit. Rather than making a silent prayer in your mind, you should worship the Lord Jesus with your mouth, telling Him that you love Him, that He is the most important Person in your life, and that you are ready to do His holy will. Don’t stop your worship to ask for anything else, like healing or deliverance. Force yourself to continue praising Him, and remember to do it audibly, with your lips.

• If you feel that something is trying to distract you, know that you are about to receive the baptism in the Holy Spirit. Obviously, the devil will do everything he can to divert your attention and to make you miss out on this great blessing. Keep on praising Him in a wholehearted manner, knowing that Jesus receives your praise as a sweet perfume. In fact, God feeds on our praise.

• You will suddenly feel joy that gradually increases until your whole body is overwhelmed with an incomprehensible feeling of delight. At that moment, you will be baptised and sealed with the Holy Spirit! You will start to speak a completely different language, and though you will not be able to understand it, you will not want to stop speaking it.

Do not be afraid. The Lord Jesus Himself said that if a son asks his father for bread, he will not receive a stone (Luke 11.9-13). In the same way, if we who are God’s children ask Him for the Holy Spirit, He will not allow a different spirit to enter us.

When a person is baptised with the Holy Spirit, he immediately receives God’s life-force, which enables him to fight and overcome any battle. The Holy Spirit helps us to seal off any openings that the devil could use to enter and attack us. As a result, we are fully able to carry out God’s will.

Join us in the Fast of Daniel.