I was chosen, Monday Independence Project, using my faith,

Sometimes life throws us a curveball 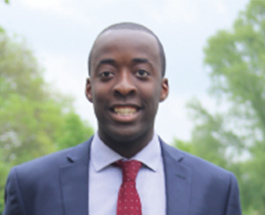 . Charles found himself in a dilemma that stopped him from doing many things that a normal teenager could do. Continue reading to find out the astonishing results he managed to achieve despite this:

“From the age of 14, I was heavily involved in money laundering, and was caught. I was then 16 and blacklisted! I couldn’t even attend college because of this. The family address was also blacklisted, so my mum was unable to do anything financially and I received a penalty demand of £10k.

On top of that, I couldn’t get a job due to banks rejecting my appeal to open a bank account.

I was 16 when I was invited to the UCKG and I left feeling intrigued, especially at people’s testimonials of change, following attending the Monday Independence Project meetings. The meetings work to help people think objectively about their finances and use prayer to help them reclaim control of their finances. What a concept! So, I also started participating in them myself.

Surprisingly, it really helped me in terms of being organised and aiming high for the things I wanted.

After giving a testimonial in court and using my faith, my blacklist disappeared, and years later I received my first bank card. I also got into university and graduated with a 1:1, securing a very high salary job in one of the world’s top accountancy firms.

Though I was grateful for this achievement, I knew that I was worth more. I felt that the salary I was on didn’t match someone who had gained a 1:1. So I challenged myself to start applying for work within the law sector after doing research about specific careers.

I applied for jobs with a salary of above £40k. After a particular Independence Project meeting, my faith was further strengthened, and so I tailored my CV, improved my interview technique and did further research about what I was getting into. The first job I applied for wanted me to work outside London, but that was not what I wanted, so I went to the interview with the mindset of convincing them to give me the job, but in London.

Five weeks later, despite all the other candidates who had studied law, I was chosen for the job at the headquarters in London. I am now earning the salary I aimed for and I can definitely see how the Independence Project meetings played a role in my finances.”