Tired of being fake 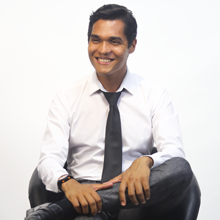 I grew up in a problematic family. My dad was a drunkard and my mum became depressed because he was aggressive towards her. I lost count of objects being thrown and broken around the house. Due to my dad’s addiction, my family faced countless financial struggles. He spent all his salary on alcohol.

I became a very ill child whilst growing up. I suffered with asthma and had difficulty breathing, which was a big hindrance. I couldn’t play with the other children, and I didn’t have the support of my parents. They were present physically, but they weren’t examples for me. I didn’t have the care and attention a child should have.

As time passed, the problems I faced grew to greater proportions. I was bullied in school and along with that came the inferiority complexes. This was one of the biggest problems I had to overcome. I thought I was worse than everyone else. Consequently, I distanced myself from everything and everyone, as I didn’t see value in myself. I begged for attention but never received it. I wanted someone to believe in me, but that person was non-existent.

When my mum discovered the UCKG HelpCentre, she knew that she had to fight for her family and mostly for me. Little by little and through the power of faith, my father started attending the HelpCentre. That’s when I decided to come along with him. I was welcomed with open arms and I joined the Victory Youth Group (VYG). I took part in the Friday deliverance meetings and found that I no longer had a problem with my breathing. I joined my mother to intercede on behalf of our family. It didn’t take long for my father to leave the alcohol behind.

However, I still had a void inside of me that I couldn’t explain, which I tried to by getting involved with various girls at college and hanging around with the wrong crowd.

Every night, when I placed my head on my pillow, it was impossible to ignore the emptiness and I would be deeply saddened. I was tired of the fake smile and inexistent joy.

I decided to seek the True joy at the HelpCentre. It was a difficult battle, but I kept persevering. Finally after a few months, I was able to understand the real meaning of happiness. I experienced true love and I didn’t need to seek attention from anyone else.

Today my life is completely different. Micael who was sad, depressed, sick and with a broken family, doesn’t exist anymore. My home is now a piece of heaven. My father has his own business and my mother is a renowned chef in my home city in Brazil. We have three properties and cars as well. After knowing this True happiness, there is peace in me and I don’t depend on anyone’s attention to be happy.