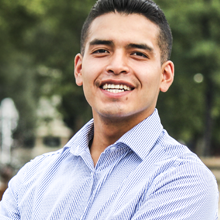 “Growing up was difficult for my siblings and me; we witnessed my father violently abusing my mother many times, and my mother would also abuse my siblings and me; it was like a domino effect. It was very daunting for us as, in a family where there was meant to be love and care for one another, there was only strife and violence.

There was a lack of respect in our home. My sister and I would often plan to run away from home, as we detested living in the same household as our parents. We couldn’t wait until we were old enough to move out. From as far back as my childhood, I can remember how sad I felt because of what was going on at home.

I remember feeling despised by my parents, as if they had no interest or care towards raising me up as best as they could. I was even introduced to alcohol at a young age through the constant parties that took place in our house. I first drank when I was just seven years old and, at a young age, I had the freedom to go out and do whatever I wanted.

Things, however, became much worse when my parents separated. I started smoking cigarettes and made new friends who introduced me to marijuana and other types of drugs. I felt bad about my family situation, but I didn’t have anyone to turn to; my siblings and I were not close. So, I became a very closed person; that is to say, I remained in my own bubble.

I was suffering in silence, involved with drugs and alcohol, and failing at school. I became a very loud and aggressive person, who was always involved in fights, which led to me facing time in prison. However, I soon became tired of the life that I was living and tried many things to help me free from addiction, but everything failed. It was during this time that my mum found out about the help the HelpCentre offered and told me about it.

Through the grace of God, I was set free from all my previous addictions through the work that the church offered. As I continued to attend, I was motivated to change my life for the better, so I started fighting with all my strength and obeying what I learnt there. The first change that I saw was the peace that I felt during the meetings, but there were only greater things that were about to happen.

Today, I have peace inside as well as self-control. I can talk to others in a polite manner, which was impossible for me before. The addictions that I had before had transformed my character and I wasn’t an approachable person. But today I am completely changed and happy.”