There is a life after suffering 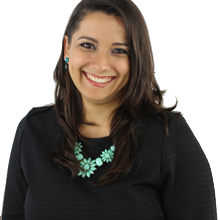 ‘I grew up in a home where there were constant fights and arguments; my father was physically and emotionally abusive, which made me develop a deep hatred towards him during my teens. There were problems between all of us in my family, including my parents.

My parents had never seemed to be happy, so I thought that I would never be happy either. I also faced a big disappointment in my love life, which completely threw me off the edge. Yes, that is right, I became sick and tired of living. I was suicidal and wanted to end it all.

But this desire did not remain as mere thoughts and feelings; they became real motives. I attempted to kill myself at least three times, yet it either did not work or something stopped me from going ahead with it. But, nevertheless, death still seemed like the only way to stop my internal bleeding.

I had no value for my life, as if I even valued it before, and I lost all value for myself. So I started drinking and smoking as a way to forget about my problems; but this practice soon became an addictive habit.

This is exactly how I arrived at the HelpCentre – as a person who did not believe there was anyway to stop suffering. I thought that my life had no purpose, but in this place I learned differently:

I was not born to suffer, but for a greater purpose, which is to make a difference in this dying world. To be a light to those living in darkness, to learn how to live again after going through some of life’s troubles and, above all, to be happy, truly happy.

I was able to exchange weakness for strength; everything I received at the HelpCentre built in me the strength to finally take the decision to start a new life. I learned that suicide is never a solution; after all, how could change happen if I was not alive to see it?

I am a witness to the fact that there is life after suffering, however, this all started with me making the decision that I was going to start a new life. Today, the Gracia you see is more than happy to be alive. Not only that, but I am also living my purpose.’