The power of forgiveness

a complete change, a fresh start, all over the place, internal peace and joy, the Universal Church, trust in God, 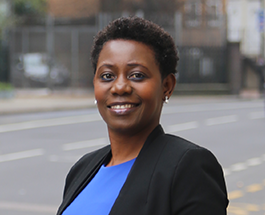 When I learned that my mother had passed away, I couldn’t understand. My siblings were already aware as they were older and had moved in with my auntie when my mum passed away; however, I stayed with my grandmother as I was still very little and I didn’t know the truth at the time. When I found out, I felt alone. I became sad, angry and rebellious. My mind was all over the place.

I dropped out of school when I fell pregnant. I couldn’t stand being at home anymore. I could see the disappointment in my family’s face and couldn’t bear it. However, I continued living the same lifestyle and some years later I had my second child. At the time, I was living in Angola. Hoping that a change of scenery would help me start over, I moved with my children to Portugal.

All my optimism faded when nothing changed. My move to the UK was a second attempt at a fresh start but it was more of the same. I was stressed and frustrated with my life and found myself lashing out at the kids.

I was invited to the Universal Church by a friend. There, people were truly happy and willing to help. The encouraging words that I heard made me believe that my life could change. I began to attend the weekly meetings and learn how to use my faith.

One of the first steps I had to take was to let go of the hurt in my past. I understood that no one was to blame for the way I felt and so I forgave myself and decided to move forward. Consequently, things began to change for me. With time I realised that I was no longer feeling down or stressed. I began to sleep well at night and I overcame the hurt of my mother’s death. However, I felt like something was still holding me back.

My sister and I were not talking to each other due to some misunderstandings that had happened between us. However, as I knew that faith worked, I began to use my faith by attending the Thursday and Sunday meetings, praying and doing purposes of faith – that is, challenging myself to do something different through faith, believing that in the same way, God would do something different and extraordinary in my life. It seemed my efforts were in vain because things were only getting worse. But I decided to trust in God and I never gave up because I learned that faith works when there is perseverance.

Though the topic of forgiveness kept coming up in the meetings, I didn’t think it was for me. In my opinion, it was my sister who was in the wrong so why would I need to ask for forgiveness? My pride wouldn’t allow me to back down but slowly, I began to realise that that’s exactly what was missing for the dialogue between me and my sister to start again.

I had to go against my feelings and do the right thing. I drew strength from my faith to stop wasting time holding on to the past. I went straight to my sister’s workplace to speak to her; I asked her for forgiveness; we cried, we forgave and we hugged each other, it was amazing. I left there completely different; I felt light, as though a burden was taken off my shoulders.

“We forgave and we hugged each other, it was amazing”

Afterwards, I felt free to really focus on a complete inner transformation. I was sure that nothing was holding me back. Fast-forwarding to today, I can say that a complete change has happened inside of me. I have an internal peace and joy that withstood the test of time. I’ve faced some hard moments since, but deep down I have had the certainty that all will work out – and it has.

My inner change has even had a positive effect on my relationship with my sister. We have never been better! There is love, care, respect – we are best friends.

My advice to those who are going through what I went through is, firstly, to give the Universal Church a chance because if I had never done that, you would not be reading my story today. Secondly, don’t give up. Even if at first things seem to be getting worse, don’t let that discourage you. Persevere and you will certainly see this complete transformation in your life.’