The Mountain of the Impossible

stories written in the Bible,

For decades, historians, archaeologists and theologians have had conflicting theories about the location of various historical sites – especially in the Middle East, a region marked by centuries of war, where cities were destroyed, rebuilt or reshaped countless times. In the case of these populous places, the multitude of evidence about them helps guide scholars in the right direction. But what happens when you have very little evidence or none at all? That was the case with regard to one of the most emblematic moments in the history of Israel: The freedom of their people from the land of Egypt and their encounter with God at Mount Sinai, where they received the Ten Commandments.

Like trying to solve a puzzle with its most important pieces missing, it had been very difficult to pinpoint where exactly the events of the Bible took place. The lack of evidence led many Christian institutions to believe Mount Sinai to be in Egypt, the most likely place due to the information at the time. However, only recently, the government of Saudi Arabia opened its borders for tourists, a privilege it had not given any nation for decades. The result is that an enormous area that had never been studied by outsiders before has now brought forth exciting and significant evidence to support the stories written in the Bible with historical and geographical accuracy. The data is overwhelming, leaving the newly discovered Mount Sinai with virtually no competition to contest it’s claim.

Below is some of the evidence found on and around Mount Sinai in Saudi Arabia: 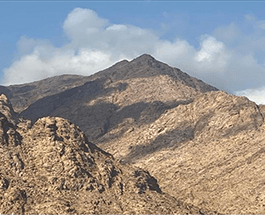 ‘Now the appearance of the glory of the Lord was like a consuming fire on the top of the mountain to the eyes of the children of Israel’ (Exodus 24:17). 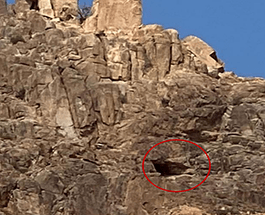 The Cave of Elijah

‘He (Elijah) arose and ate and drank and went in the strength of that food forty days and forty nights to Horeb, the mountain of God. He came to a cave and camped there…’ (1 Kings 19:8-9). 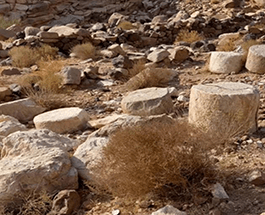 ‘Moses wrote all the words of the Lord, and rose up early in the morning, and built an altar at the foot of the mountain with twelve pillars for the twelve tribes of Israel’ (Exodus 24:4). 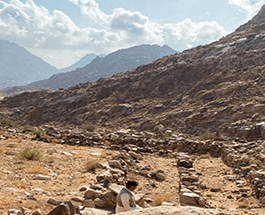 Corrals for the Sacrifice

‘Moses wrote all the words of the Lord, and rose up early in the morning, and built an altar at the foot of the mountain with twelve pillars for the twelve tribes of Israel’ (Exodus 24:4). 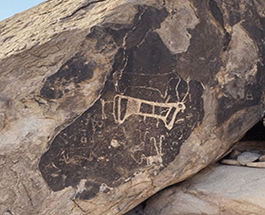 The Altar of the Golden Calf

‘He received them from their hand, and fashioned it with an engraving tool, and made it into a moulded calf. Then said, ‘This is your god, O Israel, who brought you from the land of Egypt’ (Exodus 32:4). 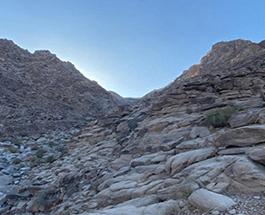 The Brook That Descended From the Mountain

‘I took your sin, the calf which you had made, and burned it with fire, and crushed it, and ground it very small until it was as small as dust. Then I threw the dust into the brook that descended down from the mountain’ (Deuteronomy 9:21). 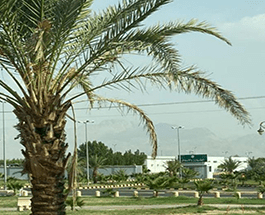 The Land of Midian

‘Now when Pharaoh heard this thing, he sought to slay Moses. But Moses fled from the presence of Pharaoh and settled in the land of Midian, and he dwelled there by a well’ (Exodus 2:15). 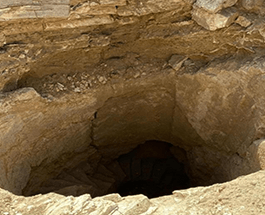 The Well of Moses

‘Now when Pharaoh heard this thing, he sought to slay Moses. But Moses fled from the presence of Pharaoh and settled in the land of Midian, and he dwelled there by a well’ (Exodus 2:15). 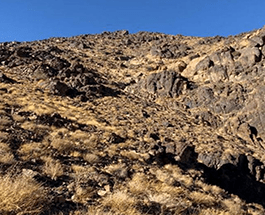 The Burnt Area Where Joshua and the 70 Elders Stayed

‘Then He said to Moses, “Come up to the Lord, you, and Aaron, Nadab, and Abihu, and seventy of the elders of Israel, and you shall worship from a distance. Moses alone shall come near the Lord, but they shall not come near, nor may the people go up with him”’ (Exodus 24:1-2). 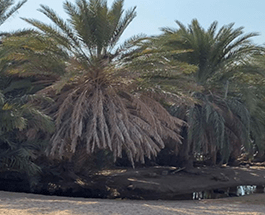 ‘Then they came to Elim, where there were twelve wells of water and seventy palm trees, and they camped there by the waters’ (Exodus 15:27). 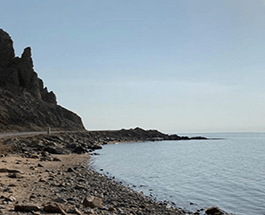 ‘Pharaoh’s chariots and his army He has thrown into the sea; his chosen captains also are drowned in the Red Sea’(Exodus 15:4). 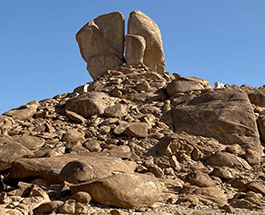 The Split Rock, Where Water Gushed Out

‘“Indeed, I will stand before you there on the rock in Horeb, and you shall strike the rock, and there water shall come out of it, so that the people may drink.” Then Moses did so in the sight of the elders of Israel’ (Exodus 17:6).