The girl with the bad past 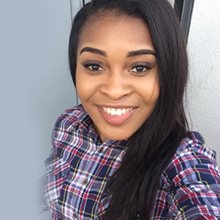 “I had reached boiling point and even carved ‘I hate my mum’ into my arm with a blade.” Looking back at my life, I can honestly say that it was nowhere near a 10. Arguments were constant in my house; my parents would argue so much that they only cooked for themselves. We even stopped going out as a family! My family was being torn apart right before my eyes. Eventually my parents ended up getting a divorce.

From then on, things went from bad to worse! I was introduced to pornography and started to get involved with men. Whenever night-time came, nightmares plagued me. The dreams were so real that I would wake up feeling pains in my body.

As I grew older, my bad behaviour got worse! I began to steal from my parents and would lie to them for no reason. My relationship with my mum was on the rocks; it’s as if our arguing imitated the arguing between her and my dad, as we would argue every day. I was filled with so much hatred towards her that I even went as far as to plan ways in which I could kill her. I would do things for her to become upset because I liked it when she wasn’t happy. I had reached boiling point and even carved ‘I hate my mum’ into my arm with a blade.

I was hitting rock bottom, and that’s how I found the UCKG HelpCentre. I was full of anger, sadness, grudges and much more. However, after learning and being made to understand that my life could change, through the meetings that I would attend regularly, I recognised that this change could only come from God. I decided to exchange my old life full of bitterness and hatred, for the life that He had promised for me in His Word.

As I did this gradually, I started to see the need for me to forgive my parents and myself for everything that had happened in my past. I was able to put the past behind me and was accepted into a private law university. My life was once a 0, but now I can happily say that I am living a life as a perfect 10!