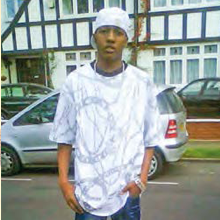 Before attending the UCKG HelpCentre, my life was a total mess. I was failing in my studies, which was the main reason why my dad brought me to the UK.

He believed that I could have a better life here and that I could help my family back home. But the cause of my poor performance was not apparent to him. I was failing because my focus was elsewhere.

Everything was going wrong in my life. I needed money and was unable to get a job. On top of everything else, I was heavily addicted to pornography despite the fact that I had a girlfriend. This damaged our relationship and as a result damaged me as a person. Having completely lost hope in life, I became a very demotivated person.”

During his time at the HelpCentre, Robert’s confidence began to grow. It was here he was able to take the steps needed to turn his life around  “However, when my dad brought me to the HelpCentre, I learnt about the purpose of faith. I decided to engage in a faith based challenge for seven weeks, on Sundays, Wednesdays and Fridays. It was then that I started to gain hope and strength. I realised it was never too late to change. The teaching I received helped me understand that I should never give up on my dream! With that in mind, I began to change my way of thinking and to put all that I had learnt into practice.