RAHAB was my last resort!

I got my confidence back, my lowest point, walk away to a better life, 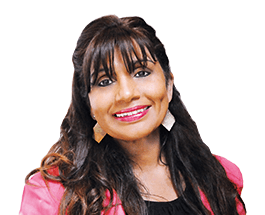 It’s been years since Maria came from an abusive relationship that scarred her physically but even more so mentally. Now, confident and full of life, she shares her story.

‘I was very excited to move in with my boyfriend, and then one day he hit me. Just like that! I didn’t understand it. Why would someone who said he loved me cause me so much pain and feel no remorse afterwards? I was so confused that I convinced myself it was my fault.

The beatings became daily. I lived in constant fear and was always on the edge. I cried myself to sleep every night hoping that I wouldn’t wake up. I hated my life!

I’d say my lowest point was the day his grandmother, whom I’d never met, died. He came home and took it out on me. He threw a pine table on top of me and put a knife to my stomach. I remember saying to him, “Do it! You would be doing me a big favour”, but he moved it away when I tried to push the knife into myself. That was rock bottom for me.

I turned to RAHAB, which I got to know through the Universal Church, as a last resort. I had never spoken to anyone about my situation until then, but I spoke to women there who had been in the same situation as me. I met people who wanted to help me, and for the first time I felt comfortable enough to speak out.

It was a tough job for the RAHAB advisors to get me to understand that I didn’t deserve that kind of treatment and that I wasn’t to blame. It took time for my mindset to change and for me to stop looking over my shoulder or flinching every time I heard a raised voice, but eventually I did it. I won the battle.

In time, I got my confidence back and had the strength to leave the relationship. Was I scared that he would come after me? Yes, the thought did cross my mind, but by this time my inner strength had increased, and I had the confidence and courage to walk away to a better life. That was many years ago, and I haven’t looked back since. I am happier today than I have ever been before’.