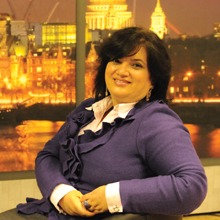 I would wake up with bruises on my arms that were not there before going to bed.I didn’t know how I could free myself from those unseen powers that harassed and tormented me. I could feel them, hear them and see them; my life was like a scene from a horror movie! I became a wreck.

I was invited to take part in the Chain of Prayer on Fridays for deliverance. I opened my heart, and had faith that God would deliver me on each visit. The more I was prayed for, the lighter I became, until I revolted against those negative spirits and determined that enough was enough!

I’ve been free for several years now. My nights are peaceful. I sleep like a baby because I won back the control of my life and I have chosen God to lead it.