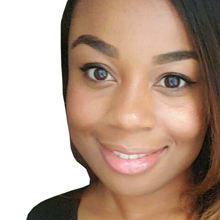 “Even though I had reached my teens, I began to fear the dark again, as I did when I was a child.

I used to think that something bad would happen to me when I was in the dark. I also could not control my thoughts, and it used to scare me because I would think of very dark and horrible things.

I held a lot of baggage on the inside, such as grudges and resentment towards people that had hurt me. But on the outside, others saw me as a girl that had everything sorted for her. I had even managed to deceive myself into thinking that I was okay. It was only when life hit me hard that I was able to see who I truly was. I was an empty, fearful, was attending the VYG at this time, and it had come to a point where I had had enough of deceiving myself, of being something that I was not, and I made a decision to open up to an advisor and receive help.

I began to truly change being sincere and forgiving those that had hurt me and, with time, I was able to find peace and happiness within myself. It was literally through the sincerity towards myself, and those that could help me, and also my decision to do what was right, that brought this change about!

Today, I am no longer afraid of the dark, I am able to control my thoughts, and only dwell on good and positive ones. The youth group has also helped me to realise that I did not have to be an average youth, but that I could excel and achieve great things in life. I have recently graduated with a 2:1 honours degree!”