My wake up call 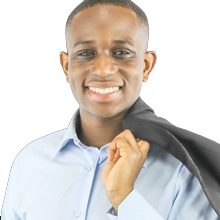 Through an invite, I started attending the church in one of the London branches. I liked it when I came and started getting involved in the things of the church.

At that time, I lived a wrong lifestyle due to being a person who sought approval from others. However, in attending a church service, I realised that nothing that the world could offer me would last, including the approval I so desperately needed from others; it was all short-lived.

I studied at a university outside London at this time, and I didn’t know of any branch that was close by to my university. But when I came to London on my university breaks, I would attend the church regularly again.

At university, I hung out with people who were intensive ravers, alcoholics, and even drug dealers, and I thought it was okay for me to live a ‘double-life’, going to church and still raving. So I continued living that same lifestyle openly.

It was only when I came back to the church on another university break that I began to understand that many of the problems I faced were due to the lifestyle that I lived. I knew I had to cut off the negative influences and stop living that lifestyle. But I didn’t see how that could happen, especially seeing that all of this was happening when I was at university when I wasn’t attending the church.

I was, however, told about a branch of the church one-hour from my university, and I decided that I was going to start attending there when I was at university. But as soon as I went back, my friends would call me and invite me to raves.

Nevertheless, I summed up the strength to tell them that I didn’t want to go clubbing anymore. Yet they would call me names and still try to persuade me to go.

I started committing to church services and hearing the Word, which could change my life. However, there was a time when because I wasn’t investing in the things of faith, I started being influenced by the wrong crowd again.

On one visit to London, there was a 21-Day Fast announced, and I decided to take part. However, I still hung around with the wrong crowd who would present me with things that I knew were not helpful for me. I reached the second to last day of the Fast, and I was already back to my night-clubbing lifestyle.

This was the beginning of my downfall. I felt as though I was worse than before because every night I had an intense craving for what was not right. The university year was ending again and I was still void and empty.

As I came back to the church in London, I saw that in the space of a year, many people who had started with me had progressed in the faith and changed their lives. But, for me, it only took one stupid decision I made that led me backwards.

After failing so many times before, this time, I vowed I would change. I committed myself to the services in the church. I became committed to praying and meditating on the Bible and even made the decision to move to a university in London.

Due to these decisions I made, I have now successfully graduated from university, made my family proud, and I am strong in the faith.