My past didn’t shape my future

a similar lifestyle, Approved School, gang member, I got involved, I was arrested, Life got worse, Secondary school, young people, 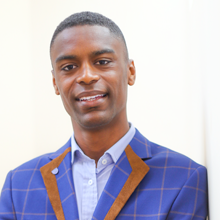 It all started in secondary school. I lived in one of the most dangerous areas in London. My parents were unemployed at the time, so I did not have what my friends had, such as an allowance, new clothes etc. I felt different from everyone else.

Stimulated by my desire to have what they had, I looked for a fast track to acquire money. I started robbing people and bullying other children at school for money.

When I turned 13, I began to see the older schoolboys in my area, as examples. They had what I wanted; I didn’t even know how or where they’d gotten things from. But they started showing me how to get what I wanted. I would hang around with them, assaulting young people, shops and properties.

Life got worse when I kept getting suspended from school for fighting. I was arrested for the first time for robbery. At that time, my parents had no idea what was happening, and I lied to them saying that it was a case of mistaken identity. They have always believed me.

During my final year in secondary school, I got involved in a shootout against a rival gang, where more than one person was injured. I was arrested countless times, but always escaped the charges brought up against me.

I knew about the UCKG HelpCentre in my first year of college, through a former gang member that I was associated with. But after a month, I stopped attending. I wanted to receive help to change my life, but it was hard to do alone. For this reason, I returned to HelpCentre. I had to avoid friends, as well as enemies. I was very used to doing things a certain way most of my life; I remember even going to the HelpCentre carrying drugs.

The first meeting was extremely useful because I could talk to one of the advisers who had previously lived a similar lifestyle to mine. He guided me on how to leave that life behind.

I used my faith to overcome bad habits and the former lifestyle. The visible change that took place in me was what also brought my family to the UCKG.

Today, I am an extremely happy person. My parents saw me as terror, but today they are proud of me. I’ve stopped robbing, and harming others. I no longer keep the same bad company. Now I dedicate my time to helping young people who face similar situations to the life I used to live.