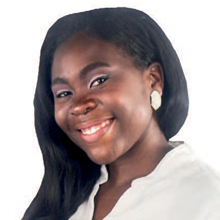 “As my third year in the church was approaching, I looked back and traced the journey on how I got to where I was. I wanted to say that I was doing great; but unfortunately, I was at a standstill.”

“As I asked myself how I got to this point, my conscience quickly judged me. Rather than living by faith, I lived based on how I felt. One day I was really happy, and the next day I would feel so low. My actions were always based on how I felt, so I could never really use my faith.

With the constant battle against my doubts and low self-esteem, I only became frustrated. I didn’t see the point of fighting for a change anymore, and I was reaching the point of leaving the church. I was also scared of dying, as I had no certainty as to what would happen to me after I died. My family and I were also going through financial difficulties at the time.

When the Greatest of all Campaigns was announced, I saw this as my opportunity to have a total transformation. Instead of trying to resolve other problems; I focused on myself, which was my greatest need. I wanted to be new; I no longer wanted to be the Tiwonge that was always so low and doubtful. I wanted to be strong within myself and in my faith.

I gave my all in the Campaign – I sold my favourite belongings and amongst using my faith in other ways, I also slept on the floor to show God that just as sleeping on the floor is uncomfortable, the situation of my life is also uncomfortable – so He must change my life, which is what has pushed me to sacrifice!

As I presented my sacrifice on the altar, I left with an assurance that there was no way God could not answer me, after seeing how I sought His attention through the Campaign. From that moment, things began to move forward drastically.

Today I am no longer the same Tiwonge that I was before. I am happy and I have true peace. The financial issue my family was facing has also been resolved. God truly answers a faith that is practical – a faith that is living, active and ready to sacrifice!