“I was suffocated by an invisible force every night”

an extreme fear, ask for help, 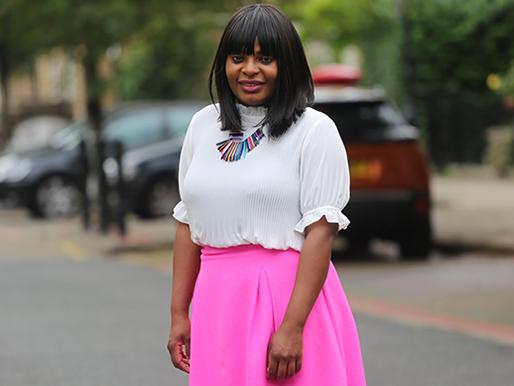 The first instalment of “The Conjuring” franchise tells the story of a family that starts experiencing paranormal activities after they move into a new house. There’s a scene where one of the daughters is attacked by a shadow similar to an old woman. Although all characters and incidents portrayed are fictitious, for Florence Foreste from Catford, this story is not far from reality.

“I know it because it happened to me! The things I experienced were like they jumped right out of the script of one of these movies.”

From a young age, Florence was troubled by what she describes as “a strange presence around her” and this brought out a deep fear that constantly had her looking over her shoulder.

“I cannot recall the reason behind us going there, but something changed from the day my family visited a witch doctor. This is something quite common in our culture, so I didn’t think much of it. However, from that point on, I started seeing what I can only describe as the shadow of a man standing in the corner of my room, staring at me when I was in bed. Then, that shadow would come and strangle me, trying to kill me. I felt suﬀocated and could not breathe; I tried to scream but wasn’t able to do it. This always happened at night, so naturally, I developed an extreme fear of the dark — I could only sleep with the lights on.

Although my parents and siblings knew about it, I didn’t tell anyone else as I felt embarrassed. I thought I was the only one going through this and no one would understand me. Things escalated to the point that I couldn’t sleep in my room at night. I had to sleep with my parents. I became so afraid of the dark that the anxiety made me feel as though I was unable to breathe.

As a consequence, I was constantly worried and afraid. I felt anxious about being in crowded or small places (like lifts or small shops). I remember one day that I was in a shopping mall and it was very busy. In my mind, I felt as though the people were touching me – although they were not – so I started shaking. My heart was racing and I couldn’t breathe, so I blacked out. When I regained consciousness, an ambulance was on its way.

This went on for 10 years. I thought that if I just continued with life, it would somehow just disappear. So, I got into a relationship, hoping that it would make me happy and all the bad things would just disappear – I was wrong!”

Florence became deeply sad after the relationship went south; an unplanned pregnancy ended with a termination that tore her to pieces.

“I had an abortion and I hated myself for that. I felt so guilty that nothing could heal or numb the pain I was feeling. I couldn’t see a way out. I felt so disconnected from society – how could anyone possibly understand the emptiness, fear and pain I felt inside? How could anyone accept me with all my baggage? I was a total mess inside.

This was up until a university friend noticed how I was suffering and invited me to the Universal Church. I was really down, crying every day, so I decided to give faith a chance and accepted her invitation straight away. I must confess that at first, I thought the life-transformation stories I heard at the church were fake — how could people just change like that? I’d never known what true happiness and peace felt like, so I struggled to really believe that it was possible in anyone’s life.

Looking back now, I also think that me believing in the stories I heard meant me having to face my past, which I was ashamed of; it meant having to deal with the night terrors, which I didn’t want to face. Believing meant having to change and I wasn’t sure if I was ready to take a leap into the unknown, so I didn’t open up to anyone. It took me almost four years before I finally got the strength to ask for help.

By attending the Spiritual Cleansing meetings on Fridays, I heard positive words that empowered me to fight to change the mentality I had that good things could not happen to me. I thought, ‘If other people’s lives changed for the better, why couldn’t the same happen to me? I can overcome too!’ I found a strength and confidence that enabled me to fight against my fears and worries. Now I had a faith that was stronger than my fear, and when you decide to face a fear, it may take some time but there comes a moment when it cannot affect you anymore. That’s how I overcame my night terrors.

I’m not a fan of horror movies – they remind me of a troubled time in my life. But the end of that episode is the hope that I want to share with anyone who may be going through something similar and they feel as though no one would believe them, so they suffer in silence. There is help out there and it begins with talking about it. I don’t know where I would be if it wasn’t for the help I received at the Universal Church.”

It has been 13 years since Florence last felt the terror at night. Today she is a confident woman who is unafraid to face the darkness and unashamed to share her story.

“I was able to come to terms with my past and now I can smile, because the emptiness I had was replaced with joy and my fears were replaced with peace. If I was able to take back control of my life and change, I believe that anyone can, no matter what horrors they may be facing. I hope me speaking about this will inspire anyone going through it to reach out and get the help they need.”