I wanted to kill my brother! But I decided to let go of hate

I decided to attend the church, made my life so much more peaceful, 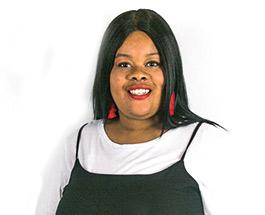 They say that holding on to anger is like drinking a cup of poison and expecting the other person to die. It’s madness when you think about it, not to mention that it’s self-destructive and quite possibly one of the most miserable ways to live. Maisha Sumah knows all-too-well the devasting cost of holding on to hate.

“I grew up with my parents and my brother. Due to the fact that my brother wasn’t my father’s son, my father treated us differently. He would show more care towards me and this preferential treatment created a rift between my brother and I.

We hated each other and were constantly fighting. My hatred towards him ran so deep that I was always plotting his death. As time went by, I actually wanted to have a family bond with him, but he would ignore me and say many hurtful things. This made me hate him all the more.

However, things started changing when the VYG (the youth ministry of the Universal Church) came to my school to promote their work, which I happened to find interesting, so I decided to attend the church. There, I was advised to let go of the grudges I was holding on to so deeply. I must admit, it wasn’t easy; I had to truly fight against myself because I really didn’t want to forgive him, but, on taking up the advice, my perspective began to change.

Funnily enough, it was the change in me that sparked the change in my family. My brother, who had not spoken to me for seven years, now speaks to me. Our relationship has experienced a tremendous turnaround. Now, he comes to visit me and we are so much closer. My decision of forgiving – and asking for forgiveness – has made my life so much more peaceful.”