I gave my finances a much needed upgrade

I prayed to God, it was not enough, the minimum wage, 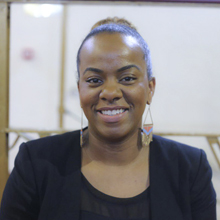 After graduating, Andrea Monteiro worked for a recruitment agency for just over a year. Although she liked her colleagues, she had enough of earning the minimum wage. ‘I spoke to the management team and tried to negotiate an increase in my salary,’ she told us. However, this was declined.

This sparked revolt inside of her to the point that she decided to leave and go for something better. “I put all my trust in God and handed in my notice. God had provided for me in the past and I knew that He would not fail me this time either,” she said.

“It did not take long for me to find a new job with decent pay. However, because it was only a Saturday job, it was not enough! When the campaign was announced, I saw this as my opportunity. It was time to give my finances a much-needed upgrade.

My sacrifice was me placing my trust completely on God, with the assurance that He would see me through. It was hard because I was only working one day a week but I was sure that He would answer me. However, a full-time position became available in the company’s head office. I was offered a position for two weeks as they were in dire need of help, but I was told that they would not keep me on any longer because they needed someone with more experience.

I prayed to God and asked Him to make me shine so brightly that at the end of the two weeks they would want to keep me on permanently.

The two weeks went by; it was tough, but fruitful. A few days before my last day, I was called into the office by the Director and she offered me the job.

I had also been praying to God about the exact amount I wanted as a salary, and to my surprise, when the Director informed me of my salary, it was the exact figure I had been asking God for in prayer! My salary increased by £12,000 per annum!’