From the streets to property owner 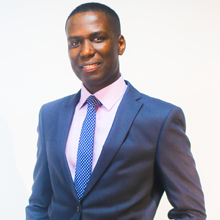 From an early age, I already faced many adversities, which unfortunately had their negative effects while growing up. Of course, it wasn’t always like this. In fact, when I go down memory lane, I remember that my father had a great income, which enabled my family to live a stable life.

But where did it all go wrong? Till this very day I am not 100% certain of what happened, but it seemed as if it all happened overnight. One minute my father had money, the next he was jobless, depressed and even started drinking uncontrollably.

This drastic transition was a wake-up call. I often wondered if it was only when we had money that we also had happiness.

As I reached my teenage years, I was rarely at home. I sought comfort in going out to open spaces, lying down and feeling the breeze touch my face. This was my coping mechanism that gave me temporary peace, because I knew that as I arrived home, the shouting and screaming would cloud my mind. It was an unpleasant atmosphere to stay around in.

My family never rejected me, but I chose to distance myself from them.

But that was a decision I deeply regret, because it was the moment that my descent began. My friends became my family and before I knew it, I was out all night partying with friends and being pleasing myself with as many girls as I wanted. Meanwhile, I noticed I began to lose all aspiration and hope for greatness. With all that was going on, I didn’t believe it was possible to achieve anything anymore. Teachers would ask me what I wanted to be when I grew up, but I never knew the answer.

However, as I reached adult life, I decided to follow at least one long- lost dream: to move to the UK. I had been told that it was the land of money.

To my amazement, when I arrived in the UK, my life was brought to a standstill and eventually got worse. I ended up having to live in a homeless shelter. Most of the people I had to stay with were addicted to either alcohol or drugs. Who would have ever thought the country of my dreams would be the same place my nightmares took place.

I was lived in humiliation. How could I possibly be an example with such a shameful life? I felt handcuffed. Something was missing, although I had no clue what it was. I had no prospects in life and, due to the promiscuous life I led, I hadn’t even thought about building a family. This was how I came to the UCKG HelpCentre: with nothing.

The most epic event that took place in my life was when the Campaign of Israel was announced; I understood that it was an opportunity to use our supernatural faith and sacrifice for the sake of a dream. I had a dream and I wanted to see the power of God in my life. So I made the decision to sacrifice in that Campaign. I looked for people who needed their houses painted and, in this way, I was able to build up my sacrifice. I fulfilled my vow at the altar, and in my request I determined the salary that I wanted to receive from that day on.

After the Campaign, I applied for jobs, and although I received some negative responses, I didn’t give up. I learnt that when everyone is saying no, that’s when I have to put my faith in God. I continued to persevere and work harder, because I knew exactly what kind of job and salary I wanted.

I knew I had to show God that I trusted Him and I knew He would honour my sacrifice. I was offered a job working in a company where I was quickly catapulted into spotlight positions.

Today, I am a traffic technologist and I direct the work of all of the companies that previously rejected me. Due to how close my company works with the government, I had the privilege of being transferred for 12 weeks to work at the Department for Transport’s Private Office in Westminster, and acted as Assistant Private Secretary for both the Transport Minister and the Secretary of State for Transport. I make working visits to the Parliament in Westminster on a regular basis.

I have a family of my own with the most beautiful wife beyond my dreams, and I went from being homeless to now being a landlord with two properties. Looking back, I would never have imagined that any of this could happen.

But the most considerable transformation that took place was in my mind and inner self; I only achieved this by genuinely attending and taking action upon what I learnt at the HelpCentre.

Trust me when I say that if you do as I did, a new life awaits you.