a few words, Angel of the Lord, Anger, Book of Exodus, God, I was so angry, Jesus, Jonah, Lord, Moses, one particular problem, 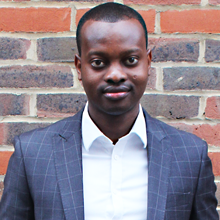 “My anger started off at a very young age. I had this void inside of me that nothing could fill. Sometimes, just a few words that someone said to me was enough to trigger my anger.

Because of this, fights became a frequent part of my school time; my anger controlled my life for the majority of my teenage years. I tried many methods to overcome it. Sometimes I would walk somewhere quiet and let out my frustration by screaming, but this would only help me temporarily.

I remember there was a situation at school where I ended up in an argument. I lost my mind when the other person said something negative about my mum. I was so angry, I just wanted to grab him and throw him to the floor. I was then head-butted and that’s the last thing I remember of that scenario. The next thing I knew, I woke up in hospital, where I stayed for two days.

I decided to come to the HelpCentre after my mother had invited me. My first attendance was on a Sunday morning, and I remembered leaving the building feeling energised. The staff advised me to take part in a seven-week course that targeted one particular problem. Later on, I started attending the Wednesday and Friday meetings. The Wednesday meetings allowed me to express myself to God; I needed His help because overcoming my anger was something I could not do alone.

On one rainy day, I remember standing by the stairs on the bus. Another passenger accidently stepped on my new white trainers. I looked at my trainers and then smiled at the man. Had that been before my invitation to the HelpCentre, I almost certainly would have reacted differently.”