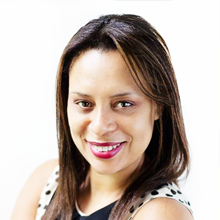 “I took part in Campaigns to address my financial situation and love life, but my worst problem was my addiction to alcohol. I started drinking at the age of seven.”

“My father was an alcoholic and it was clear that I was heading down the same route.

At first, I used to drink so I could feel happy; eventually, though, when I was drunk I would attempt to steal my colleagues’ boyfriends. I became so depressed that I would go out and drink more, hoping that it would provide me with some relief.

Everybody thought I was the happiest woman in the world, because I would always keep people positive with my words; however, inside I was destroyed and lonely. There was even a time that I tried to harm my mother.

My sister invited me to the UCKG HelpCentre. I started attending the Friday services for my deliverance and I was able to stop drinking. I also met my future husband through the HelpCentre and he encouraged me to change. I took part in another Campaign for a complete life transformation. One year later, I got married to my husband and we moved from Brazil to the UK, where I started my own business.

However, there was now another issue. I was told that I was a danger to patients, because I had not done my training in women’s health in this country. I was faced with many problems that could have prevented the registration of my company. So, I took part in another Campaign – and the following year my clinic in Hampstead was fully registered as a business

It’s all about believing and putting your faith into action. There’s absolutely nothing impossible for me, as I’ve learnt the secret to success – sacrifice!”