Climbing out of the pit 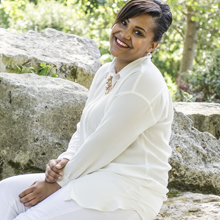 As a child, the youngest memories I have are sad. When I was seven years old, I went to live with my father so that I could go to a better school. But it wasn’t all good news. My stepmother mistreated me. She dealt with me differently, compared to my brother, her biological son. She favoured me and made it clear that she disliked me when I made a mistake. My father was always at work so he never really saw how badly my stepmother treated me. When he was around, he barely spent any time with me.

On top of that, a family member who lived with us did strange things to me. I didn’t realise at the time that it wasn’t normal. But it was around this time that I had an unusual desire to pleasure myself. I would even encourage my friends to try it.

As I got older, I shut myself off from the world. I had low self-esteem and thought that I had no value. And because of my lack of love for myself, my love life was a disaster. I was bent on believing that I was born to suffer and that nobody loved me. Sex became my addiction, as I allowed my desires to take over, and I threw my emotions out of the window. I would manipulate men to get whatever I wanted from them. My hatred for my mother was another issue. I couldn’t stand her! I thought that she hadn’t done enough to protect me when I was younger, and this brought back the idea of being unloved. My family was a mess and missing a key element to make it work—unity.

Despite the drinking and sleeping around, my needs weren’t being met. I was empty like a hole. I felt dirty, like the worst person in the world. I had hit rock bottom so badly that I soon started hearing voices. They would tell me to smash my head against a wall or find any other way to kill myself. Death was calling. It tormented me. I just wanted it to end.

It’s because of my mother I had despised so much, that I became familiar with the UCKG HelpCentre. But I didn’t take it seriously. I wanted help, but I felt that I was too far into my pit to get out.

It took a long while for the messages in the meetings, the prayers and the advice to mean anything to me. But that was only when I decided to give asking for help a try.

I was advised to start attending the Wednesday, Friday and Sunday meetings. I spoke to a Pastor’s wife and for the first time in my life, I opened up to her. I told her what was on my mind and poured out how I felt. That was the first step towards change. I felt stronger after that, as if I could make it.

I decided to do a purpose of faith afterwards. I wanted to show God that this change I was asking for was real. I had made up my mind. I wouldn’t go back to my old ways.

I didn’t give up on any of the purposes of faith; I continued to do them one after the other. As I let go of the drinking and the promiscuity, I could feel myself climbing out of the pit.

The transformation in me didn’t happen straight away. It took five patient months.

When I received the Holy Spirit that was the answer I had been searching for. I was so happy. My mind and my plans changed. For the first time, I experienced happiness. A new Ana had been born!

Since then, that new Ana has been alive and well. My family are reunited and I have a completely new vision for every area of my life. I am moving forward on to bigger and better things.