Genetic disorder, I was fed up, I was stabbed, Implantable cardioverter-defibrillator, scream for help, vocal chords, 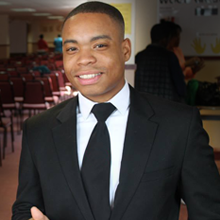 Being the only child from my father made me feel like the odd one out. It was as if my father had split the family up. I wondered if it was my fault. Watching my family self-destruct created a pain that literally forced me to run from them. I would avoid them and do whatever I could to stay away.

At the age of nine, I had strange experiences at night. I tried to fight it, but the force would overwhelm me. I’d try to scream for help, but my vocal chords would tie up and no sound would come out. This was a frequent occurrence.

At school, I was a victim of bullying. People constantly made fun of me and as a boy, it was a huge blow to my ego. I couldn’t concentrate and my self-esteem plummeted. I thought moving schools would be the solution. It would be a new beginning and I could start over, but the bullying kept happening.

Everything was becoming too much for me and I was fed up. Suicidal thoughts plagued my mind and in an attempt to relieve myself of the pressure, I started self-harming. With every penetration the blade made to my skin, I felt temporary pleasure, but the thought of having to wake up the next morning to face another day ate away at me.

Since I didn’t have the guts to take my own life, I sought solace in other things like money and girls. I started hanging around with bad company, doing things I knew wasn’t right, but I couldn’t care less. Over time, I got involved in fights, but I enjoyed the feeling of adrenaline pumping through my body with every punch and kick.

That was until one day, while in a fight, my so-called friend ran away and left me there. I wasn’t just punched and kicked; this time around I was stabbed. My vision became blurry and there I realised the façade I wore, trying to be a man, was wearing out. I needed a way out!

It was one invitation to the Victory Youth Group at the UCKG HelpCentre that changed my life, although in the beginning I couldn’t believe that the youth were so open and positive. Yet, I had nothing to lose so I stayed.

I regained my confidence little by little, and as I removed each hurt, grudge and pain that was inside of me, that’s when I became a new Omar. I have completely let go of my past. I no longer hang around with company that encourages me to do things that aren’t right. I don’t get so angry anymore that I lose control. My family are united and our relationships with others keep getting better and better.

Today, I help other people the same way I was helped, and it is a pleasure to do so