Can you change your destiny?

Bank of England, family, financial, life has been restored in a way, man I had become, turn back time, way of dealing with the overwhelming problems, 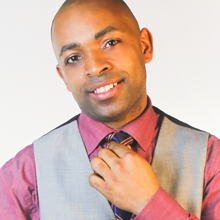 I never once imagined becoming the man I am today. I see now that I allowed what happened in my childhood to have such a negative effect on me.

My family lacked structure, which didn’t give me the stability that I needed as a child. I was always sad and faced turmoil within me, because I didn’t think that I would ever amount to anything.

Even with the serious financial difficulties my family was facing, my father drank in an outrageous manner. I guess it was his way of dealing with the overwhelming problems, but it didn’t solve anything. His drinking only caused more aggression and arguments amongst our family.

As a result of the financial struggles, I had to put my education on hold and leave school. With it, I left behind any hope of becoming something great in life.

My mother had become a member of the UCKG HelpCentre and she was always determined that our lives would one day turn around. Out of curiosity, I went with her to one of the financial meetings, but I didn’t take it seriously. If I could turn back time, my life would have changed much sooner.

As I got older, I began to spend my money on myself, going out to nightclubs and drinking uncontrollably. I called that fun, but I soon began to lose track of my life and myself. My drinking was so excessive that I was admitted into hospital twice, yet that didn’t scare me and I didn’t stop. I had become just like my father.

At the time, the relationship I was in was slowing to a halt. That was no surprise after the numerous times that I cheated on my partner.

Deep down, I never wanted to be that kind of person. I was disgusted with the man I had become.

So when I decided to return to the HelpCentre, I was genuinely desperate. I didn’t want to waste my life away. I made a genuine decision to change and make a new start.

I would go to the Wednesday and Friday meetings every week, ready to implement whatever I learnt there. I intended to have a new life and I was aware that it required my effort and dedication.

With every prayer I received, I began to see changes in who I was as a person. I no longer had a desire to go out to nightclubs, and the taste for alcohol left my mouth. It disgusted me to even think of picking up a bottle to drink, and to remember the state I had allowed myself to be in, gave me even more reason to commit to being different. However, the lack of thirst for alcohol didn’t happen overnight. It was a process of perseverance and determining never to give up.

There were times when I felt like giving up, but the advisers at the HelpCentre were always available to help me and the meetings were always encouraging.

I was overjoyed because my change then reflected on my financial life and other aspects of my life. I kept myself away from bad company and chose to invest in myself.

Through the purposes of faith and the commitment to wanting to change, my life has been restored in a way I could never imagine.

I made the decision to stop being unfaithful to my partner, and asked her to marry me. I was incredibly happy when she said yes! Today, I am married to my beautiful wife and we have a wonderful family.

I was able to change my destiny and not allow all the negative things that were happening to me to be my final destination.