But I’m too young to have Cancer

a strong mindset, God always made me stronger, intelligent faith, the longest ones of her life, 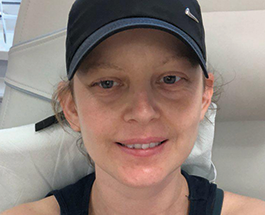 ‘In January last year, I noticed a slight change of shape of my breast then I felt a lump, I rapidly went to see my GP and it was confirmed that I did in fact have a lump about the size of a golf ball.’

A week later, Pamela had an emergency mammogram and biopsy. She was told the results would take three days to arrive; She describes these three days as the longest ones of her life.

When the results came back, her world came crashing down – the doctor told her the four words no one ever wants to hear: ‘You have breast cancer.’

‘I was in denial, being told I have breast cancer, and that if it doesn’t get treated I could possibly die. This was a very big shock especially as there is no history of breast cancer in my family. Not only that but I actually didn’t feel sick when I found the lump.

I asked the doctor if he was sure. I was too young; I told them they’d made a mistake.’

Unfortunately, it wasn’t a mistake. Pamela had stage 2 breast cancer and would have to undergo chemotherapy, radiotherapy and surgery.

‘I have been a member of the Universal Church for 15 years. Even when I felt very sick after the chemo sessions I attended the services and God always made me stronger.

I prayed, I fasted and said to God, ‘let Your will be done and not mine!’ I didn’t want to have surgery but, after speaking to one of the advisors, I was reminded of intelligent faith, that I should always follow the doctor’s advice.

I also changed the way I ate and started including a lot more fruits and vegetables in my diet as well as drinking two litres of water a day.’

With her mind set on beating this disease, she fought all she could, while remaining active within the church community during her illness. 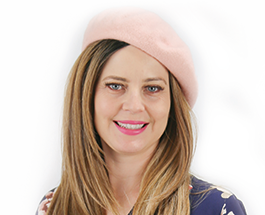 ‘After seven rounds of chemotherapy, my doctors said the tumour had shrunk to 2cm, but I was also told that I may need more chemo after surgery. The thought of that made me adamant that I didn’t want more chemo, so I made a purpose with God that I wouldn’t need more chemo.

I kept helping and volunteering at the church whenever I could. My friends and family were also a fundamental pillar during my illness.’

Thankfully, with a strong mindset, fantastic medical team and her faith, Pamela was told she wouldn’t need a second round of chemo and would need just three weeks of radiotherapy after surgery.

‘The cancer treatment didn’t stop me from being active. If I can do it, so can you. Never give up.’