There was no other option than to amputate my foot

Day of Power, I couldn’t accept my condition, I placed my faith in God, peace and assurance, 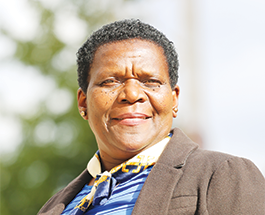 ‘A few weeks ago, I never would have imagined myself standing in an auditorium full of people sharing my story. I did it so that others who felt as helpless as I did—irrespective of their battles—could also receive hope to keep going.

When doctors told me that there was nothing they could do to save my foot, it was hard to take. Things got so bad that a little over a week ago, I could see my tendons in the open wound, and yet, here I stand – pain-free – sharing my journey with others. Coming to that realisation when I addressed everyone, I simply couldn’t hold my tears.’

Felisbela Amparo’s inspiring story began when what she describes as an uncomfortable burn-like boil developed on her foot. At first, it didn’t seem so bad but when it began to spread, alarm bells began to ring.

‘The ‘boil’ turned out to be a foot ulcer. Doctors managed to drain it but the wound wouldn’t close. They attempted a skin graft (surgical procedure where a piece of healthy skin is transplanted to a new site on a patient’s body) but the wound kept on widening. Nobody could determine what was causing this so, amputation seemed to be the only option.

By this time, Felisbela was in a lot of pain. She struggled to walk, could no longer wear shoes on the infected foot and would often have high fevers. This nine-month agony came to a miraculous end in September, after the mega event, the Day of Power, held at the Kiyan Prince Foundation Stadium.

‘I couldn’t accept my condition. My faith wouldn’t allow it. I believed that somehow, God would be able to help me. When I heard about the Day of Power, it was like an answered prayer. I wasn’t able to attend because of my foot but I asked my daughter and grandson to go on my behalf and pray for me which they did. They also brought me back a small bottle of oil which had been blessed. 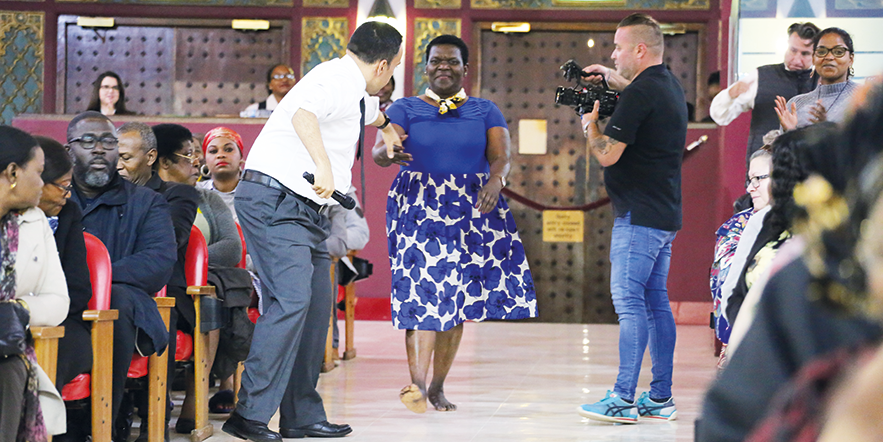 It might sound crazy to others but I used the oil on my foot because it gave me the peace and assurance that everything would be okay. Day by day, the wound started closing on its own! Two weeks after the Day of Power, the wound had closed completely and I was back on my feet, pain-free. I couldn’t believe it.

I was so overjoyed that I had to share what happened with me with everyone who may have been feeling like me. When big problems arise, it’s easy to feel like the situation is irreversible and you are powerless to do anything about it. Don’t give up on yourself. My faith gave me an inner power that didn’t accept the situation. It gave me hope. I don’t know how to explain it but when I placed my faith in God, everything changed! It’s nothing short of a miracle!’

Click here to see the full image. Due to the sensitive nature of the image, discretion is advised.

* The UCKG HelpCentre’s spiritual advice is to be seen as a complement to the scientififically-proven treatment you may be receiving. The UCKG HelpCentre does not claim to heal people but believes that God can through the power of faith. Always follow your doctor’s instructions.